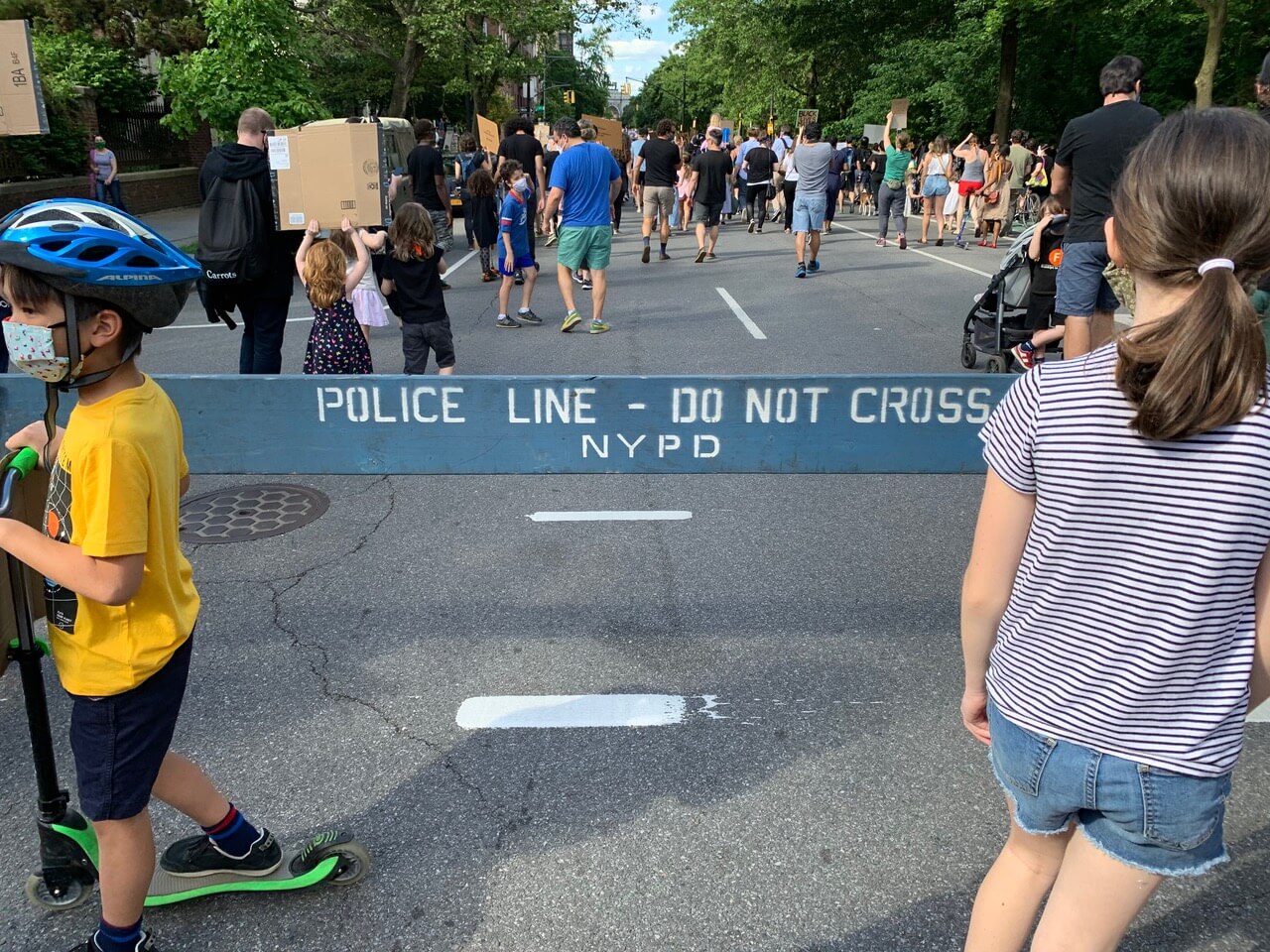 The culture of corrupt police departments is often invoked as the best analogy to explain how the sexual abuse of children by Catholic clergy could have taken root and endured so long and with such impunity. But the brutal killing of George Floyd by Minneapolis police, the ensuing protests and the police overreaction, has shown the limits of the Cop-to-Clergy Comparison.

Indeed, the relative success, however incomplete, of the Catholic Church’s abuse reforms offers an important lesson for police reform. At the same time, the recent furor over police brutality also points toward a different, but equally dangerous, cultural dysfunction that both police and church share.

The Priests-as-Police idea, which I have often used myself, was argued most persuasively by researchers at the John Jay College of Criminal Justice in their 2011 “Causes and Context” study on the crisis of the abuse of minors by Catholic clergy. That study was a follow-up to the “Nature and Scope” study of 2004. Both were commissioned by the U.S. Conference of Catholic Bishops in the wake of the 2002 eruption of the clergy abuse scandal that started with the Boston Globe’s reporting and reverberated around the country.

The first study, which was independently conducted by the best researchers in the field, gathered data on abuse from 1950 (and sometimes earlier) through 2002 to present an overall picture of the extent and nature of the abuse. It was a huge dataset, and unprecedented.

The second study, the “Causes and Context” report, sought to answer how this could happen. The researchers noted that the Catholic Church could be compared to many types of institutions but that its structure and “unique culture” most closely resembled that of a police department: the Church, like the Police, looks like “a highly centralized, hierarchical organization, yet it generally functions as a decentralized organization for most matters.”

The “vertical organizational structures” and “rigid command layers” of the police, like the church, “may encourage deviant behavior within the ranks as well as impede organizational reform,” the authors wrote. There is a shared reluctance to report “deviant or criminal behavior, largely out of fear of ostracism by their peers,” and the instinct of administrators is to hide such behaviors.

This is not unique to either clergy or police, but several factors that both estates share can exacerbate the culture of abuse. They include: the halo of authority surrounding police and clergy; the actual authority they do wield; the isolated and often unsupervised nature of police and pastoral work that can lead to abuses; and a tradition of self-policing on misconduct.

What has become painfully clear in recent weeks is that the incidence of abuse in police departments across the country has not declined — indeed it is only more vivid today than in the past thanks to the ubiquity of smartphones. At the same time, the incidence of abuse by priests has dropped sharply, and parishes are far safer for children than precincts seem to be for people of color.

Police review boards and priest review boards emerged almost in tandem during the 1990s in response to a series of abuse scandals in their respective arenas. But in response to the shock of an ongoing series of revelations, Catholic dioceses, and eventually the collective United States hierarchy, instituted an increasingly comprehensive series of preventive and disciplinary measures to safeguard children and punish clergy.

In fact, priests with even a single established act of sexual abuse of a minor will be permanently barred from ministry or laicized. And a bishop has the power to remove a priest from ministry, as many do when a cleric is accused.

Men are ordained as “priests forever,” and that sacramental formulation once precluded almost any permanent penalty. Today it is far easier to remove a suspect priest today than it is a bad cop.

Law enforcement officers can have a string of verified complaints of improper conduct against them and remain on the job, or they can easily find a job in another department. And they are protected by the policy of qualified immunity from lawsuits, which makes it nearly impossible to win a misconduct lawsuit against a cop. The Catholic Church does not enjoy such protections, a legal and financial exposure which has been a spur to their own reforms.

Catholic leaders have also emphasized better screening and better training for priests, whereas both screening and training for police tends to be woefully inadequate in far too many departments. In some cases, such as so-called warrior training, in which police officers are told that they are “predators” who need to be ready to “snuff out” a human life, it is far worse than inadequate.

The biggest difference between Cops and Clergy, however, has been laid bare in the innumerable videos of police brutality, and worse, and in the rank-and-file reaction to them. In so many of those videos, the police appear unconcerned about their obviously egregious behavior, or they even revel in it. As in the awful clip of a 75-year-old Catholic Worker peace activist shoved to the ground by Buffalo police, there is an almost ingrained disregard for the health of the victim. In the video you can see one officer pause and bend to see how the man was doing (as blood pooled around his head). A second cop gently nudges his colleague, making sure he keeps on walking. These officers know they are being filmed and they seem not to mind.

Perhaps that’s because they know their brothers and sisters in blue will have their backs, and the law makes it extraordinarily difficult to hold them accountable. After the Buffalo video made the national news, all 57 of the Buffalo PD’s Emergency Response Team “resigned” in solidarity with the officers who pushed the man to the ground. Actually, they “resigned” from their team, not the force. They are still drawing paychecks.

They also received support from the mayor of Buffalo, and now the President of the United States. In Philadelphia, 100 police officers turned out to applaud one of their own who was charged when video emerged of him beating a Temple University student with a baton and antagonizing other protesters.

Whatever one thinks of the Catholic Church’s response to abuse — and accountability for its leaders remains the outstanding lacuna — child abuse was and is seen as immoral, as sinful, as criminal. When it is exposed there is an instinctive reaction. Sometimes the reaction is to minimize or explain it away, or make an excuse, or cover it up, or, in recent decades, to punish the offender and make genuine efforts to reform the system. There is at least a sense of shame.

Police abuses, on the other hand, are too often not considered deviant. They are sometimes viewed as heroic, or a lamentable but perfectly acceptable part of the messy job of keeping the peace. They are not just used to acting with impunity; they see this as a perfectly normal part of doing their job. Indeed, this is their job.

Reforming that culture will be a complex and generational task. There are worthy recommendations for how this can happen, and we pray that this truly will be — finally — a watershed moment for police reform and anti-racism more broadly.

But if the Catholic Church is ahead of law enforcement in one respect, this moment has also clarified an equally troubling analogy between the two cultures: that of the glorification of a Law-and-Order approach to their jobs.

This approach is arguably at the heart of the problem with police culture today, and it is at the heart of the tectonic cultural shift that Pope Francis is attempting to introduce into the Catholic Church. The focus on rules and doctrine and policing the flock with a ruler like some old-time Catholic teacher looking for the slightest infraction is a sign of a deeper rot. This Catholic version of “stop-and-frisk” creates abuses of another kind — against Catholics themselves, and against the spirit of the Gospels and the Catholic pastoral tradition that must also be followed.

The hardline approach has frequently translated into efforts to bar certain Catholics from speaking at church venues or even receiving Communion — the church equivalent of pepper spray. “Step away from the Eucharist.” It is the result of poor training based on an exalted, iconic, “warrior” view of the priesthood that does not form pastors but instead creates “little monsters,” as Pope Francis calls these rigid clericalists.