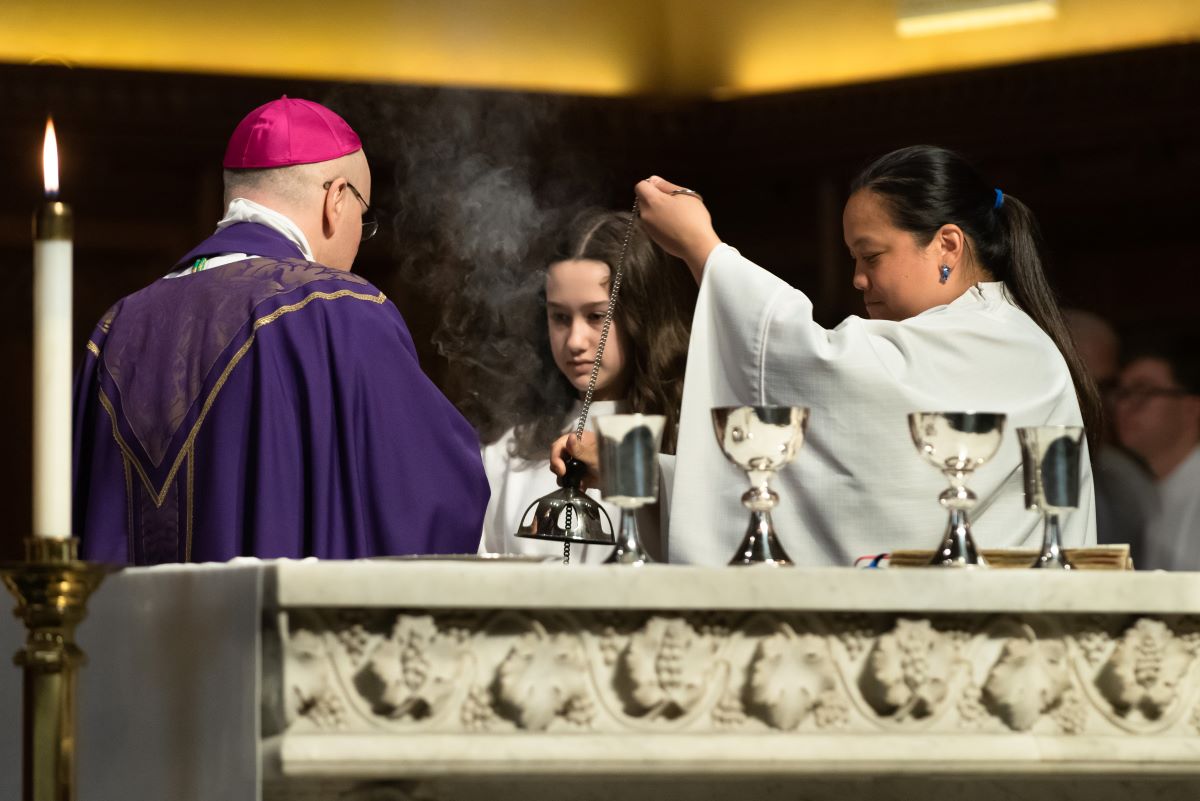 In the year 494 AD, writing about three provinces in the south of the Italian peninsula, Pope Gelasius I decried the fact that women were ministering at the altar, “performing all the other (cunctaque) tasks that are assigned only to the service of men and for which they [women] are not appropriate.”

What were these women doing that so offended Gelasius? Who were they? Academic discussion revolves around two interpretations: they were women deacons or they were women priests. No matter which, through the centuries official church documents repeated Gelasius’s words, always aimed at keeping women away from the altar, until the practice became unquestioned tradition, even liturgical law.

Now, another pope says he is not at all bothered by women being near the sacred. In his new Apostolic Letter, Spiritus Domini, Pope Francis changed one word in one paragraph of one canon in the Code of Canon Law so that women, as well as men, can now be formally installed to the lay ministries of lector and acolyte. Canon 230 §1 now reads: “Lay persons who possess the age and qualifications established by decree of the conference of bishops can be admitted on a stable basis through the prescribed liturgical rite to the ministries of lector and acolyte.”

In some dioceses, women and girls have served as lectors and altar servers for many years, so it is easy to forget it was not the norm. The 1983 Code of Canon Law, promulgated by Pope John Paul II, restricted formal installation as lector and acolyte to lay men (viri laici). While the second paragraph of that same canon decreed that any lay person could be temporarily assigned to perform the duties of lector or acolyte, it was not until 1992 that the Vatican issued a statement saying that women could temporarily serve in these ministries. In short, a Vatican office—with the approval of Pope John Paul II—said women were included among the laity.

Now Pope Francis has reinforced that statement, in effect saying that women and men are equal.

Why did it take so long? And, why is changing this law such a major event?

History, specifically the deep history of misogyny in the Church, provides the answers. During the century and a half following Gelasius’s banning women from altar service, various ecclesial legislation served to lock the altar rail gate against women’s entrance to the sanctuary. Local laws in sixth-century Braga (Portugal) and Auxerre (France) barred women from being near the altar and even from touching altar linens. The latter proscription led to a custom requiring a man to rinse used altar linens before handing them over (outside the sanctuary) to a woman for laundering. By the ninth century, the Council of Paris (829 AD) was complaining about “illegal feminine access” to the altar, including among forbidden “indecent actions” touching sacred vessels or linens.

More modern liturgical law and commentary simply assumed and assimilated prior restrictions to an extent that seems bizarre today.

For example, in the early twentieth century, only in dire necessity could the responses to the Mass be voiced by a woman, preferably a religious, and from no closer than the altar rail. And in 1967, Musicam Sacram, a document on sacred music emanating from the Second Vatican Council, stated that if a choir includes women, “it should be placed outside the sanctuary (presbyterium).” That liturgical law is still on the books.

Given that history, Francis’s small change to the wording of Canon Law has big implications.

Yet no one knows, exactly, how the change to Canon 230 §1 will affect the Church. While in the United States women and girls are generally accepted as lectors and acolytes, pockets of misogynistic belief remain in small and large dioceses, either due to the beliefs of the bishop or of individual pastors. In other countries, women lectors and acolytes are unheard of. In formal papal liturgies in the Vatican, women have rarely served as acolytes. They are not part of the choir of Saint Peter’s Basilica.

Will the change to Canon 230 §1 mean anything? National and regional bishops conferences around the world are charged with implementing it, but they may, in fact, do absolutely nothing. For now, at least, only men are ordained as deacons, so bishops’ conferences may see no need for women to be installed as lectors or acolytes – even as they continue to place women and girls in these roles. However, the change could make it more difficult for a bishop or pastor to argue against including women in liturgies, inside the altar rail.

What is important about this change is that it signals a doctrinal development and the reversion to an older tradition. This is a first and critically important step, which says that women can be permanently installed for altar service, something only sporadically allowed since the early Church. No one knows if this portends women deacons, but it could signal an openness to them.