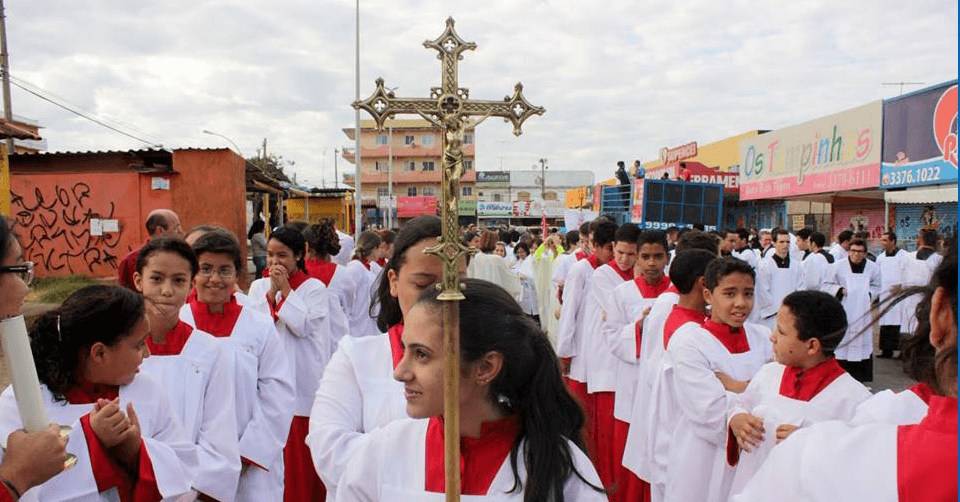 On January 23, 2022, Pope Francis installed several men and women to the lay ministries of lector and catechist. This might seem like a routine matter of Catholic practice, but in fact it represented an important change for the church: Francis altered canon law to state that “lay people” rather than just “lay men” can serve as lectors, or readers, at Mass, and as altar servers one year ago. In May, 2021, he created the entirely new ministry of catechist.

Women had often been serving as lectors and catechists, but with this change in canon law, and with the papal installation at St. Peter’s Basilica, women are now officially recognized. That is an important development.

But does this mean women will soon be ordained?

Probably not. When Pope Francis said he did not want to clericalize the laity, he meant it. Yes, the diaconate for women is still under study, but the priesthood is definitively ruled out.

So why are women lectors and catechists a big deal for Catholics?

To begin with, the ministry of lector was once an initial step toward priesthood.

For centuries, until the reforms of the Second Vatican Council (1962-65), a man entered the clerical state by “tonsure” (shaving the top of the head). Ordination to the so-called “minor order” of lector then began his advancement toward priesthood.

Men progressed step by step through the traditional cursus honorum (course of honor) from tonsure through porter, lector, exorcist, and acolyte, to subdeacon, deacon, and finally to priest.

Once distinct ministries, by the Middle Ages each of these roles had become a temporary stop along the way to priestly ordination. The diaconate survived in some places, but by the twelfth century it had effectively died out.

Vatican II began to recover the church’s ancient tradition of distributing ministries among the faithful, and Pope St. Paul VI both expanded and contracted the Church’s liturgical ministries with his Apostolic Letter Ministeria Quaedam (1972).

Citing the Vatican II document on the liturgy, Sacrosanctum Concilium (1963), Paul VI wrote that members of the Church had the right and duty to fully participate in the liturgy, and each minister or layperson “who has an office to perform, should do all of, but only, those parts which pertain to that office …”

So, Paul VI suppressed the minor orders and the subdiaconate into two non-ordained “installed” lay ministries: lector and acolyte. While each ministry was typically for men headed toward ordination, neither was restricted to seminarians.

Then, the revised 1983 Code of Canon Law allowed any lay person to serve as lector or acolyte, but only if the bishop allowed it. In many dioceses and cultures women were accepted only gradually and grudgingly, or not at all.

In a 2008 synod at the Vatican on the theme of “The Word of God, bishops from around the world voted 161-45 to allow women to be installed as lectors, if not acolytes. Pope Benedict XVI, in his post-synodal exhortation, Verbum Domini (2010), affirmed that the exercise of the office of reader in liturgical celebrations, and particularly the ministry of lector as such, is a lay ministry in the Latin Rite.

But he ignored the synod’s request to explicitly endorse women as lectors.

Then in 2019, the Synod of Bishops for the Pan-Amazon Region under the guidance of Benedict’s successor, Francis, asked that the pontiff modify canon law to allow any lay person — male or female — to be installed as lector and acolyte. And that is what he did in January 2021. Then, Francis personally showed the way with this first installation Mass in January 2022.

Women have not been installed as acolytes, and even women readers may still cause consternation in some parts of the world. But in his efforts to internationalize the practice and demonstrate the equal abilities of men and of women, Francis installed six women — from South Korea, Pakistan, Ghana, and Italy — and two Italian men in the ministry of lector.

He also installed three women from Brazil, Ghana, and Spain, and five men, two from Italy and one each from Brazil, Peru, and Poland, in the new lay ministry of catechist. He did not install any women as acolytes (altar servers) even though that role is now officially open to them, perhaps because his emphasis in the ceremony was on the proclamation of Scripture.

What does this mean for Catholic women?

A new Synod of Bishops, a “Synod on Synodality” is planned for 2023. Dioceses around the world have been asked for input. How can Catholics move forward together?

Do the installations of women as lectors and catechists mark a recognition of their intelligence and dignity?

Some argue it is only more of the same, and not enough: women are not and will not be respected as fully human until they are granted ordination, whether as deacons or priests.

Others say it is too much. Lectors read the Scripture in liturgy, and catechists explain it through teaching, if not by preaching. Naysayers can point to the disputed passages in St. Paul’s First Letter to Timothy (1 Tim 2:12) “I do not permit a woman to teach …” and First Letter to the Corinthians (1 Corinthians 14:34) “Women should keep silent in the churches.”

Such is the neuralgic problem endemic in church discussions about women. Whether rooted in interpretations of Scripture or misogyny, or simply the result of distress over changes since the Second Vatican Council, arguments about women in Catholicism will not go away.

Too much or too little?

Women have not been installed as acolytes, and the question of women deacons is not resolved. Arguments abound. Despite the efforts to open ministry to them, too many women question a church that does not seem to value them. And too many others think enough is enough.