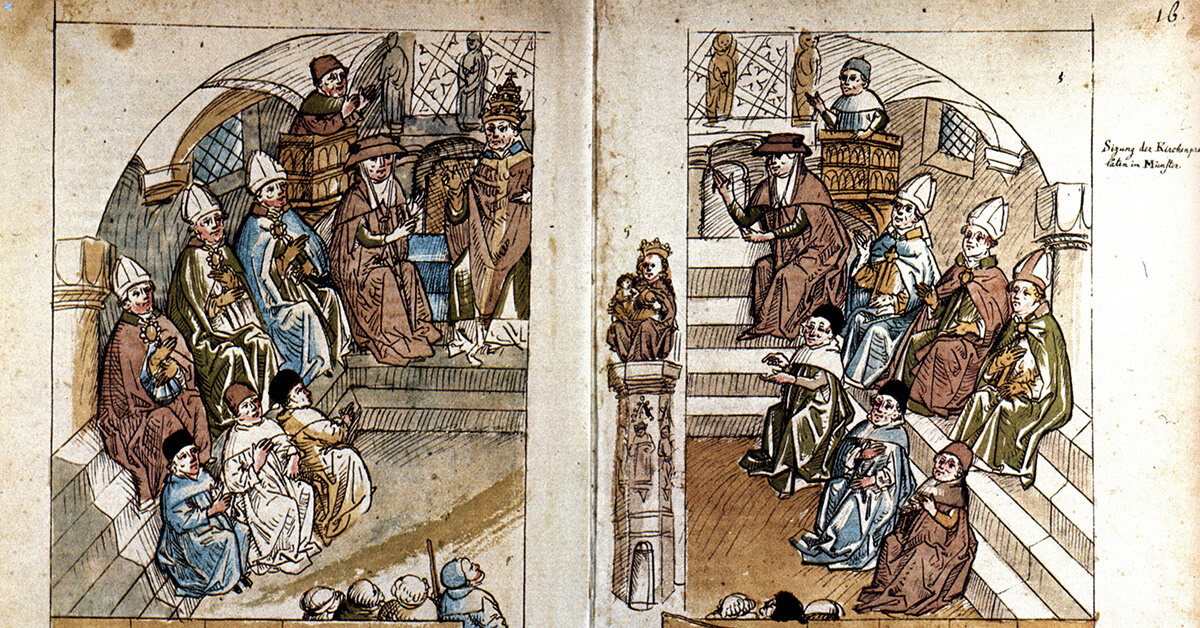 Pope Francis has made “synodality” a hallmark of his papacy, which turns nine years old next month, and he has even brought the synod process into each diocese with an ongoing two-year process of consultation that will culminate in a “Synod on Synodality” at the Vatican in October 2023. The process is a new one for many Catholics, as the Greek word “synod” (literally, “walking together”) seems as strange as the idea of broad consultation.

Up to now, synods had always been held every few years at the Vatican and were strictly defined as a Synod of Bishops — if lay people were invited to watch, they had no real say, much less a vote.

Francis is changing that dynamic and many Catholics have questions about the role of the laity in a synodal process. What would this look like?

Rafael Luciani, a theologian who works at Boston College and a consultant for the upcoming Synod of Bishops, has called for co-governance between the laity and the clergy at the Synod.

As Luciani told Crux. “Co-governance does not mean that one person makes the final decision and brings it to the table, where others have to understand why I made a decision. It means that a discernment has to be done together, and decisions have to be made together, not explained from the top down.”

That attitude hasn’t always been welcomed.

At least since the nineteenth century, Catholic bishops have either opposed the consultation of the laity or sought to limit whose voices will be heard. When St. John Henry Newman wrote an essay calling for the consultation of the laity on matters related to Catholic schools in 1859, he earned Pope Pius IX’s (1846-1878) personal displeasure. One of the pope’s closest advisors, Monsignor George Talbot, called Newman “the most dangerous man in England.”

In his defense, Newman defined “consultation” as expressive of trust and deference, but not of submission. In this way, he attempted to dispel any fears that he was suggesting that the bishops should be made subject to the laity. Talbot and clergy like him remained scornful. Talbot wrote, “What is the province of the laity? To hunt, to shoot, to entertain.” Most of the clergy accepted Talbot’s position that the laity had no competence in ecclesiastical matters.

By promoting synodality, Pope Francis is challenging the type of clericalism expressed by Monsignor Talbot. Though Francis’s support of listening to the laity may seem like an innovation to the vocal critics of his synodal push, he is simply restoring part of an older tradition that recognized the necessity of consulting the laity.

Why have you never heard of the role that lay people played? Well, Constance is one of those historically problematic councils — problematic for contemporary magisterial teaching and canon law. But some church leaders at the time saw no problem. French Cardinal Pierre D’Ailly, who played a pivotal role in planning Constance, convinced the cardinals and bishops to allow lay delegates to vote on the principle that “what touches all, should be approved by all.”

According to D’Ailly, the laity had not voted in the early councils because bishops were elected by their local communities. To put it in our contemporary terms, he claimed the early church had a form of representative government. In effect, his proposal was grounded in tradition. Addressing the assembly at Constance, he maintained that no Catholic can be excluded from the council and that all of the orders of the Church should be able to vote, including representatives of the doctors of theology, law, and canon law.

Even if the synods feature shared governance, they would still remain consultative bodies. The conclusions of synods can be rejected unilaterally by a pope. Still, while it is certainly true that the Catholic Church is not a democracy, it was much more representative in the Patristic era of the first few centuries of Christianity. If the capacity of the whole church to recognize truth is more than just a slogan, then we need to find ways to restore the laity’s role in church governance. Doing so would mean giving the laity more than a consultative role so that “what touches all is approved by all.”

C. Colt Anderson is a Professor of Christian Spirituality in the Graduate School of Religion at Fordham University.