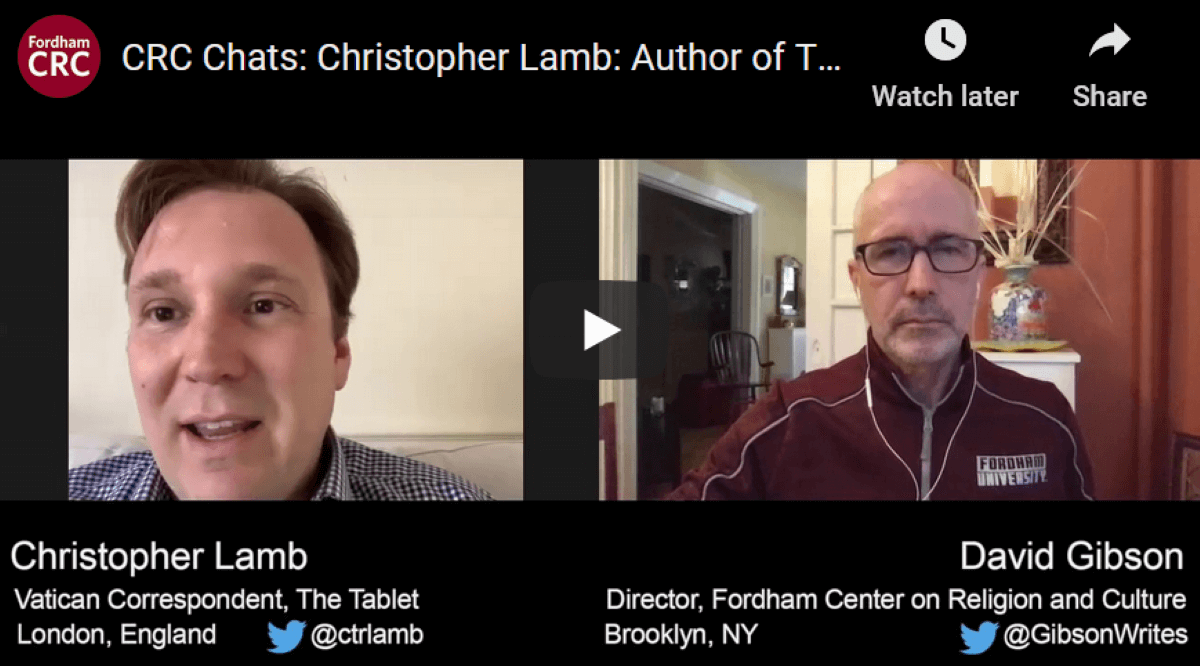 If there is one constant in the era of change heralded by the ministry of Pope Francis it is the implacable opposition of the pope’s conservative foes.

Hence the justifiable, and immensely useful, focus of Christopher Lamb’s aptly-titled new book, “The Outsider: Pope Francis and His Battle to Reform the Church.” Lamb is the Rome correspondent for The Tablet of London, a leading international Catholic journal. Since moving to the Eternal City in 2015, Lamb has quickly become a top-shelf Vaticanista.

This book is not so much a biography of Francis himself as a look at his controversial pontificate.

I spoke to Chris for a recent “CRC Chat” about his new book and why Francis is loved by the flock but angers so many conservatives, especially in the U.S.

NB: A new poll out (story via Crux) shows Francis’ popularity rising somewhat, but Republicans still view him less favorably than Democrats — an interesting shift from previous popes, it seems.

You can watch my Zoom conversation with Chris below and also check out some highlights in my Twitter thread about it:

And here’s the full interview: