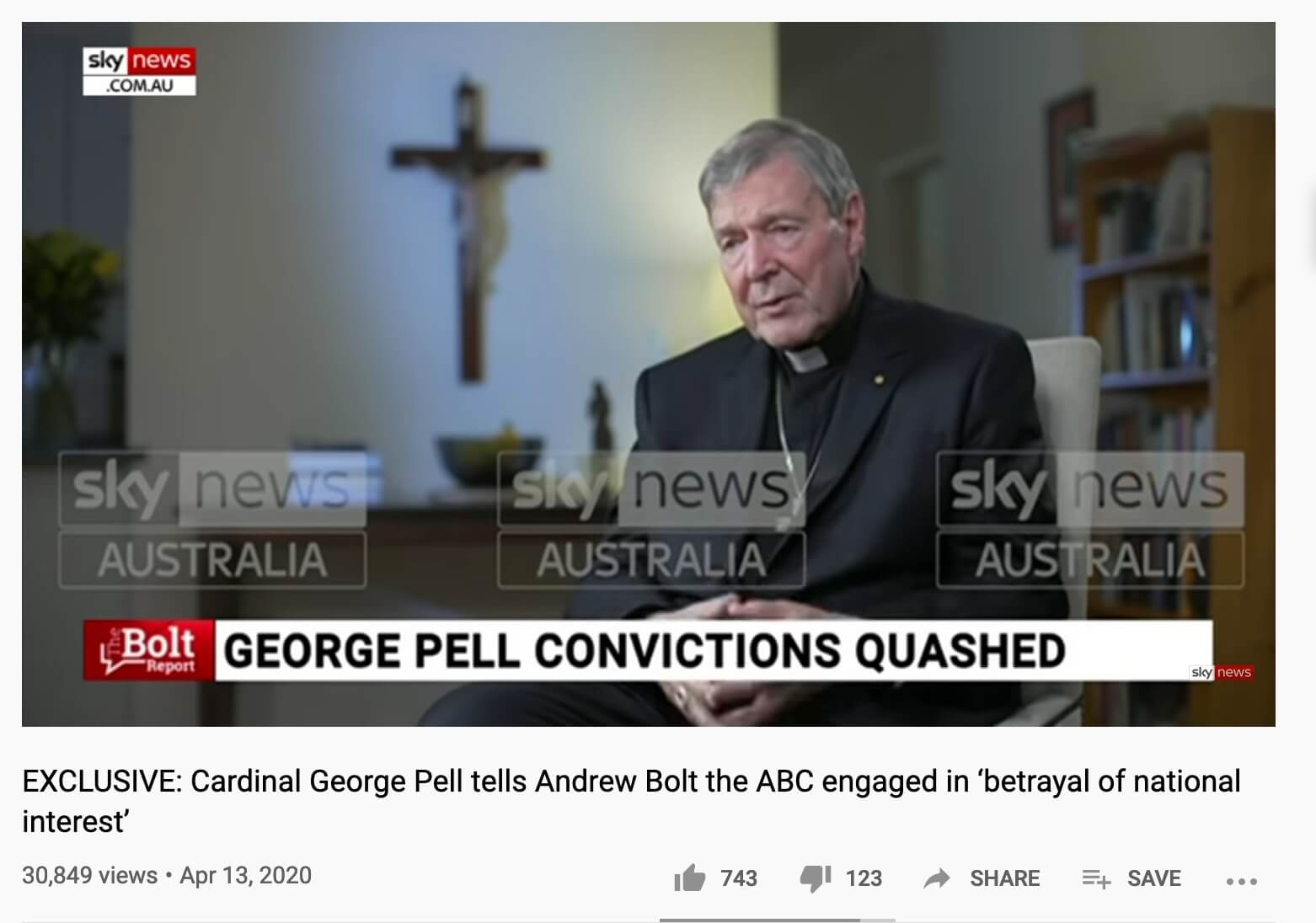 The April 7 decision by Australia’s High Court to quash the conviction of Cardinal George Pell on child sex abuse charges brought an end to a legal odyssey that for the Catholic Church was as high-profile as the case against former U.S. Cardinal Theodore McCarrick. But Pell’s saga will continue to reverberate, and perhaps in ways McCarrick’s did not.

McCarrick never faced a criminal charge, as Pell did, due to the statute of limitations and the 89-year-old McCarrick was ultimately defrocked and disciplined by a Vatican tribunal. Pell, who turns 79 in June, may still face church penalties and he will have to deal with numerous civil suits on a host of other abuse-related accusations leveled against him over the years.

Yet it was the response of Pell, and his reflexively loyal friends and ideological allies on the Catholic right, to his acquittal that is truly troubling.

As the case against Pell was always a close call, and the High Court’s ruling was not that surprising, I worried about such a response in a column I wrote last August for Sacred Heart University’s “Go, Rebuild My House” blog about church reform. I called that one “The Cult of Saint George (Pell).”

I titled my recent post-acquittal column, “Saint George Feeds the Dragon” — it was published, it so happens, on the Feast of Saint George.

The aftermath of Pell’s acquittal shows that the cardinal and his allies are stuck in the past, reveling in battles with ideological foes without seeing that they are their own worst enemies, and that the real casualty of such warfare is the Gospel itself. Sure, there is bias against the church and deep-seated anger among Catholics as much as the liberal secular elite conservatives love to hate. Who wouldn’t be angry at what church leaders were doing to cover up abuse while preaching about the sinfulness of others?

But casting Pell as the victim, and being reflexively offensive in your public witness and defensive about the institutional church, are the attitudes that got us into this scandal in the first place.

You can read it all here.