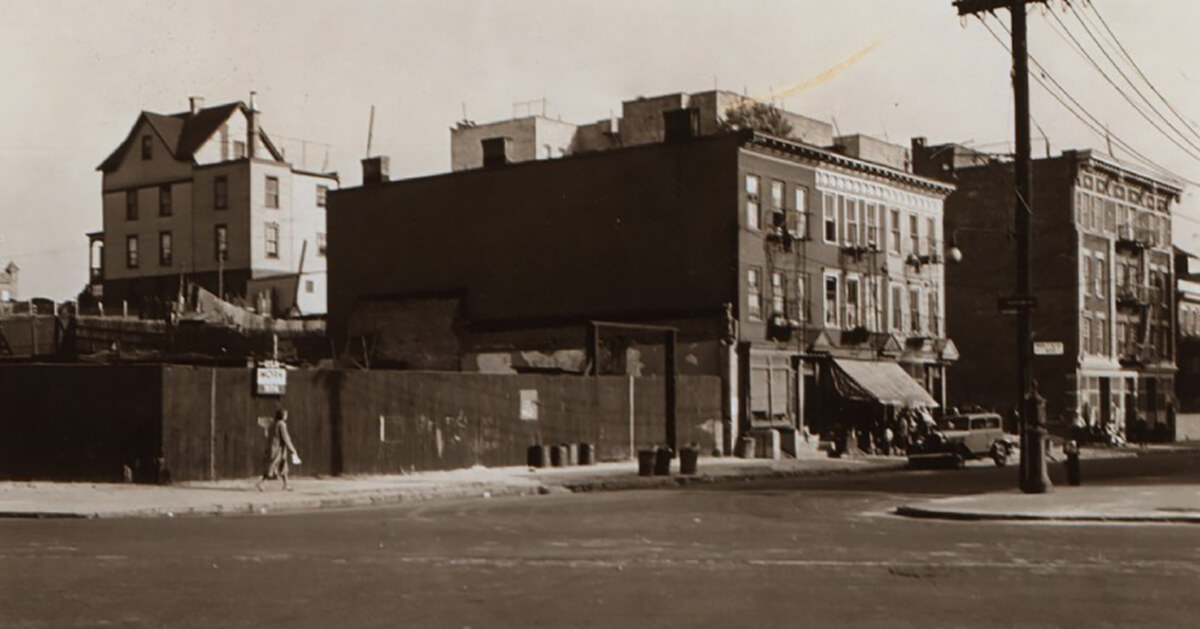 As we celebrate the 500th anniversary of the conversion of St. Ignatius of Loyola, which followed his grievous wound by a cannonball on the ramparts of Pamplona, we are reminded of his mystical call to find God all around us. One of the most rewarding things about my research as a Duffy Fellow has been affirming this as true.

In searching for a history of religion in the Bronx, I found long lists and histories of schools, parishes, and other institutions from a variety of faiths. While interesting and important, these resources do not provide a sufficient spiritual and supernatural understanding of religious life in a borough so thoroughly marked by the presence of  God. A deeper dive into individual Bronx stories reveals a God who is not only present within the doors of churches, but a God active in the lives of the borough’s people. The most stirring of these episodes might be the story of the apparitions of Mary, Lady of the Universe, to a nine-year-old boy and his friends on the Grand Concourse on October 29, 1945.

A month after the end of World War II, Joseph Vitolo, Jr., also known as Jo Jo, joined his neighborhood friends after dinner in an empty lot at 3191 Grand Concourse, just behind his home on Villa Avenue. There, his friends were praying to something or someone he could not see. Sensing his frustration, a girl in the group told Jo Jo to “pray like you mean it.” Suddenly, he saw what appeared to be the Virgin Mary, who asked him to come back for sixteen nights at 7:00 p.m. to pray the Rosary.

Jo Jo recounted this to his parents. Although his father did not believe him, his mother and many other people in the neighborhood did. On the next night, over 200 people gathered on the Grand Concourse to catch a glimpse of Vitolo’s vision. As word spread, people began coming from as far as Canada and the Midwest to touch or just see the young boy, believing his visions to be miraculous and that he may have had the gift of healing. As one pilgrim said, “I do not know if the visions were truly seen by this boy, but I thought if I had been in Lourdes when Bernadette was a little girl how badly I would have felt if I hadn’t gone to the grotto.”

Sixteen days after the first vision, on the rainy final night more than 30,000 people gathered in the Grand Concourse, many expecting a miracle. Some say that Vitolo had foretold of a spring sprouting from that spot. But nothing happened. Vitolo left the prayer service, and a few people claimed to see visions and to have been healed. As Julie C. Murphy told the Toronto Daily News: “I tell you the clouds just opened up and I saw an angel’s head with butterfly wings.” Many left the scene with their faith affirmed, others not so much.

Although Vitolo spoke with the likes of Cardinal Francis Spellman and Archbishop Fulton Sheen, the Catholic Church never made an official statement on the supposed apparition. Interest quickly waned.

But Jo Jo Vitolo kept the faith. Over the last seven decades and until his death in 2014, Vitolo and others still gathered at the spot each night to pray the rosary. On the anniversary of the apparition each year, a group of about seventy people from across the tri-state area gather at the site for a mass and a celebration; however, due to demographic shifts, the social memory of the miracle has mostly disappeared from the Bronx.

The only remaining sign of that once 30,000-strong crowd is a small shrine upon a boulder at the north end of the Grand Concourse – a mere 500 feet from where Ram Vans regularly zip along Mosholu Parkway. Recently, I visited it and prayed a decade of the rosary on the sidewalk outside a locked gate. When people passed by, they looked as if they had never seen the shrine before, or at least never considered that anyone might find it holy.

I share this story because, whether Catholic or not, whether a believer or not, the fact that at one time, for a brief moment, so many people gathered here in the Bronx in the name of faith, amidst a context much similar to ours and Ignatius’s, provides a resource for us in the form of hope. Vitolo and the crowd that gathered around him had just experienced the horrors of World War II. Ignatius was wounded in battle in the sixteenth century, a time of worsening religious and civil strife. And today, we are coming out of a pandemic that has ravaged our world and particularly our borough of the Bronx. It is hard to comprehend how anyone could perceive the Divine amidst such gloom and sorrow. And yet Vitolo and Ignatius did. So, too, can we.

Interpreting Vitolo’s story in light of the Ignatian Year means focusing on the hope and possibilities it provides. If Our Lady appeared, to quote a Time Magazine article about the apparitions, in “a drab backwash of a great city,” just as had happened in Fatima, Knock, and Cairo, what does that say about the Bronx? About the people here? About the vitality of our faith?

The Ignatian year is an opportunity for Catholics in particular to re-examine our tradition of faith and spirituality, both formal and informal, and to use those resources in our current times to find God around us.

Keep searching and maybe you, too, will glimpse Our Lady of The Concourse.

Benedict Reilly is double-majoring in Theology and Humanitarian Studies at Fordham University and he is a 2021-2022 Duffy Fellow.