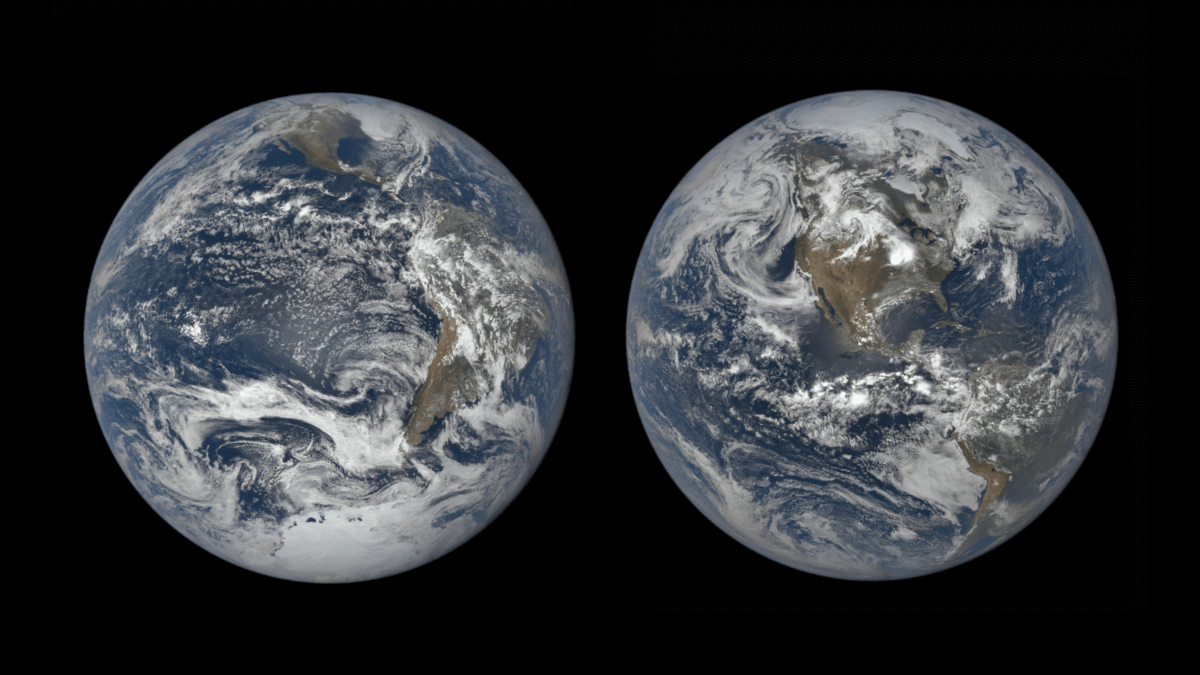 So I don’t know if you saw this story, but it turns out the Earth—aka the rock we’re currently riding around a massive fiery orb, the Sun—is rotating slightly faster. Scientists think it has something to do with the size and shape of the ice caps. Due to global warming, there’s less ice at the poles, creating a dynamic sort of like when an ice skater pulls their arms in—they turn faster.

Now there’s no need to panic (about this). On a fast day we’re losing a couple milliseconds. There are 3.6 million of those in an hour. It’s fine (right now).

But it got me thinking about some things that I normally don’t pay attention to, like time and the way we measure it, or the fact that right now this very second while it might seem quiet and still outside we are actually spinning really fast. It’s crazy.

The way that story made me sit up and reconsider some things reminded me of some of my favorite experiences in the Church. I find that one of the big problems of being raised Catholic is that everything—the setting, the songs, the scripture—becomes too familiar after a while. Things stop having any zing, any impact. Consider, every Sunday we sit in front of a massive sculpture or art work of a man nailed to a cross. That is objectively super weird. But when was the last time we noticed?

When a liturgy, teacher, or spiritual director can make you stop and see the old as new and strange again, that’s always a thrilling moment. Suddenly there’s so much more to wonder about and explore.

Life on Planet Earth is just the same. On a day-to-day basis I barely notice the sky, the breeze, the sounds, the colors that surround me. It’s as if I live on an airport moving walkway, hurrying from point A to point B. But in fact there’s so much there to consider.

A lot of it is really surprising, too. For instance, our bodies are basically covered in microscopic organisms. (Or as the BBC so disturbingly put it a few years ago: “More than half your body is not human.”) Or that sperm whales speak with different accents. Or that even if our eyes only see the sky as blue, it’s actually purple. (If you really want to freak yourself out, take some time with the implications of that. If our eyes do not accurately represent reality about the color of the sky, are they correctly capturing the color of anything else? Are my sister’s eyes really neon orange and I just don’t know it? What does reality even mean?)

The world around us is really like the dirt under our feet. It may look dull and ordinary, but go out after a rainstorm and you discover it’s chock full of weirdness and life.

Learning that our days are speeding up, it’s the kind of thing that I think is meant to make us stop for a second (which is kind of ironic). It’s like a little wake-up call to look around. The world, the universe and life are supposed to be the settings for wonderment, among other things, ways that we get a glimpse of the beauty and grace and, yes, weirdness of God. With freeways and the internet and bills, it’s often easy to lose track of that.

So I don’t know about you, but I’m going to hold onto that millisecond that’s flown away and ride it for as long as I can.