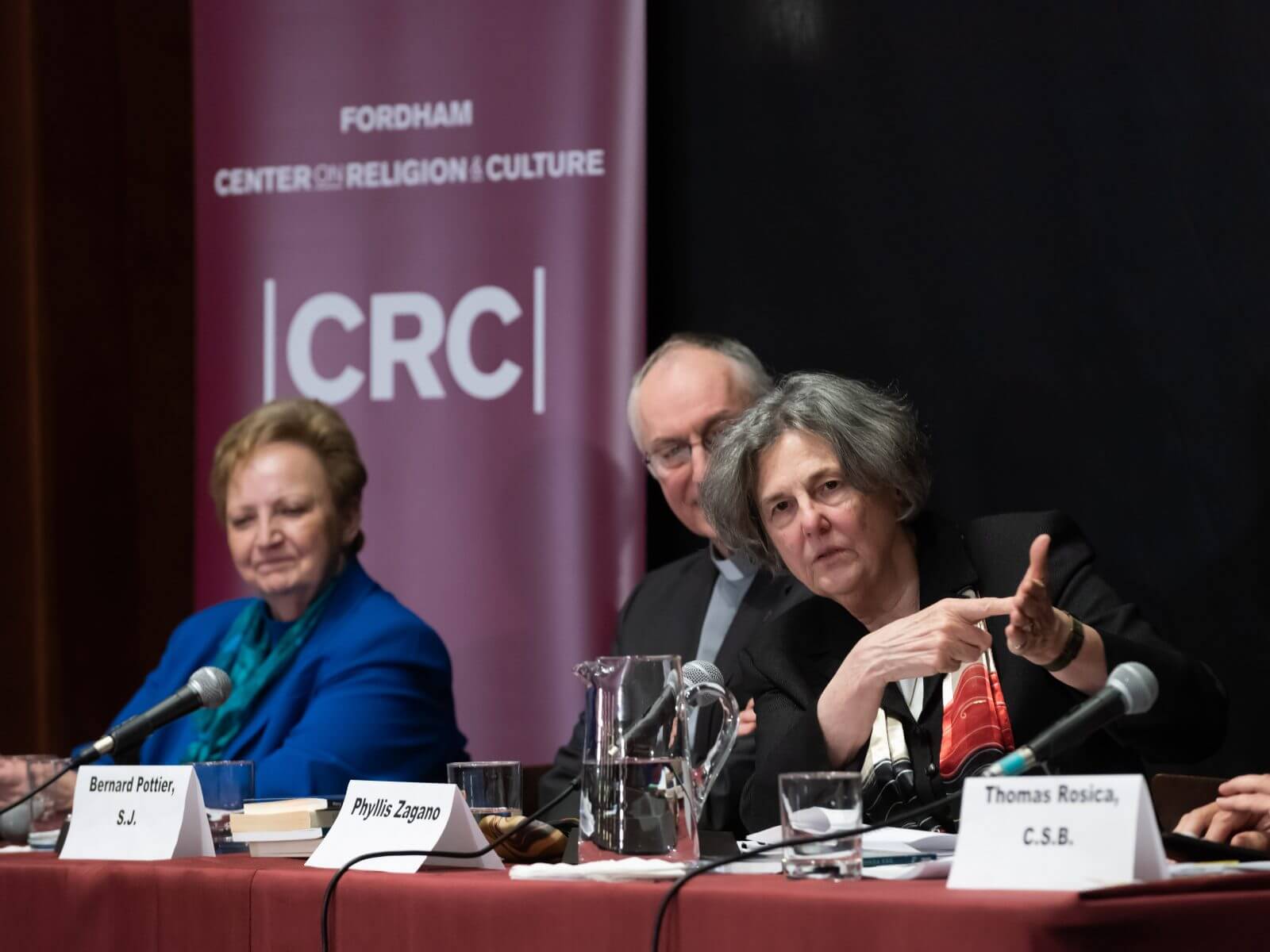 It is too early to give up hope on women deacons in the Catholic Church. When a new papal study commission suddenly appeared in April, naysayers pointed to the potential negative voices on the panel of seven men and five women.

But in a recent interview with the Catholic news site LaCroix, one of the new commissioners, French Scripture scholar Anne-Marie Pelletier, made some forthright observations that could breathe new life into the discussion.

The first commission to study women deacons, named by Pope Francis in 2016, completed its work in 2018 and that work was to be delivered to Francis by officials of the Congregation for the Doctrine of the Faith.

Francis then gave what he termed “the little they agreed on,” to the assembled International Union of Superiors General (UISG) in May 2019, saying they could do with it what they wished. The UISG, whose original request for a study of women deacons prompted Francis to form the first commission, has not released anything yet, although it has been fairly widely reported that the document addressed the history of women deacons.

Too often the question of women deacons gets bogged down in historical arguments: namely, were they or were they not sacramentally ordained? The same argument has been carried on for 400 years. Lately, some have even proposed that if women really were ordained as deacons, the practice never would have ended. They forget that the diaconate as a permanent office essentially disappeared by the twelfth century and was only restored (for men) following the Second Vatican Council.

What is known is clear: Ancient and medieval liturgies document that women were ordained as deacons by their bishops within the sanctuary during Mass, in the presence of the clergy, through the imposition of hands and by the invocation of the Holy Spirit. During the ceremony, they self-communicated from the chalice and the bishop placed the stole around their necks. Finally, these women were called deacons.

A few scholars disagree as to the sacramental nature of these ceremonies, even though the same ceremonies were used for men deacons. The negative opinions tend to disregard the facts, thereby questioning the intent of the ordaining bishops.

Quite simply, there is a dark undercurrent in Catholic thought that believes women cannot receive the sacrament of Order—ordination–in the grade of deacon. The negative theory flows from two assertions: first, women cannot “image” Christ, the Risen Lord, and, second, a person may only be ordained deacon if he (and only he) may be ordained priest.

The first assertion denies the equal humanity of all persons; the second rides on the assumption that because women are barred from priestly ordination, so also are they barred from diaconal ordination.

The better question might be: What is the diaconate? The answer rests in the Magisterial fact that the diaconate is not the priesthood.

If the diaconate is not the priesthood, then what is it? Defining the diaconate is precisely what the new commission seems competent to examine. As Pelletier says, “We should certainly not confine ourselves to what we know from the past.”

Pelletier is right to focus on the diaconate – male or female – in the context of the current ministerial needs of the Church. “[A]re we not being asked for a work of creativity, of aggiornamento (updating)?” Pelletier asked La Croix, adding: “[W]e will certainly have to uphold the present Church, while starting afresh from the needs of the Christian communities, and taking into account the lived realities.”

If the new commission focuses on the lived realities of the diaconate, the Church will benefit. Pope Francis famously suggested that deacons should “get off the altar,” clearly calling for true diaconal ministry by the world’s near 47,000 permanent deacons (more than 18,000 in the United States alone).

Altar service is of course a part of the diaconal charge to the Word, the liturgy, and charity. But when deacons solely perform liturgical tasks, their witness seems hollow. The deacon who performs charitable works, or serves as a hospital chaplain, or ministers in catechesis, marriage preparation, or spiritual direction is the deacon who truly demonstrates diaconal service. The deacon who serves the community more rightly leads liturgical prayer, baptizes, witnesses marriages, offers benediction, and preaches.

Assuming the world’s deacons increasingly take up these diaconal tasks and duties, what among them can a woman not perform? If none, then what barriers exist to women being restored to the diaconate? As Pelletier said: “The diaconate should allow women to baptize and to celebrate marriages, just as it should allow them to preach.”

“The arguments raised today against women deacons include the most insidious of all: women can do all these things without ordination.”

The arguments raised today against women deacons include the most insidious of all: women can do all these things without ordination. So, the dark claim continues, call them deacons, let them dress up and stand on the altar. Give them special permissions to preach, baptize, and witness marriages. But don’t ordain them. Pelletier answers: “A lesser version of the male diaconate would only confirm the inequality between men and women.”

She is correct. The let-them-dress-up suggestion is rooted in two assumptions: first, women are not made in the image and likeness of God, and therefore cannot receive the sacrament of Order; second, because women are barred from priesthood, so, too, are they barred from the diaconate.

The objections are tragically comedic, yet they were apparently voiced by at least two Roman cardinals during the Synod for the Pan-Amazon last October, which suggested that women be ordained as deacons and for the question to be returned to the original (now disbanded) commission on the topic. Pelletier reminds us: “Let us not forget that this commission is an extension of the Synod of Bishops for the Pan-Amazon region, which highlighted the reality of communities deprived of priests, having survived only thanks to Catholic women who are entirely devoted to the faith and the exercise of charity.” She continues: “It is to be hoped that these communities will receive institutional and sacramental empowerment, and that others may be called for such a ministry confirmed by ordination.”

Hopefully, Francis’s new commission will go beyond historical debates. “It is an opportunity to find a true inner balance by having the courage to imagine the Church in a different way,” Pelletier told LaCroix. “The cause of women is also, quite simply, that of the Church. May neither be a lost cause.”

Indeed. We are all made in the image and likeness of God; we all can image Christ. If Pelletier’s comments are an indication of where the Commission’s deliberations are headed, then we should be moving in a good direction. If not, then, the question continues to rest (languish?) in the Vatican’s bureaucracy, as it has for hundreds of years.