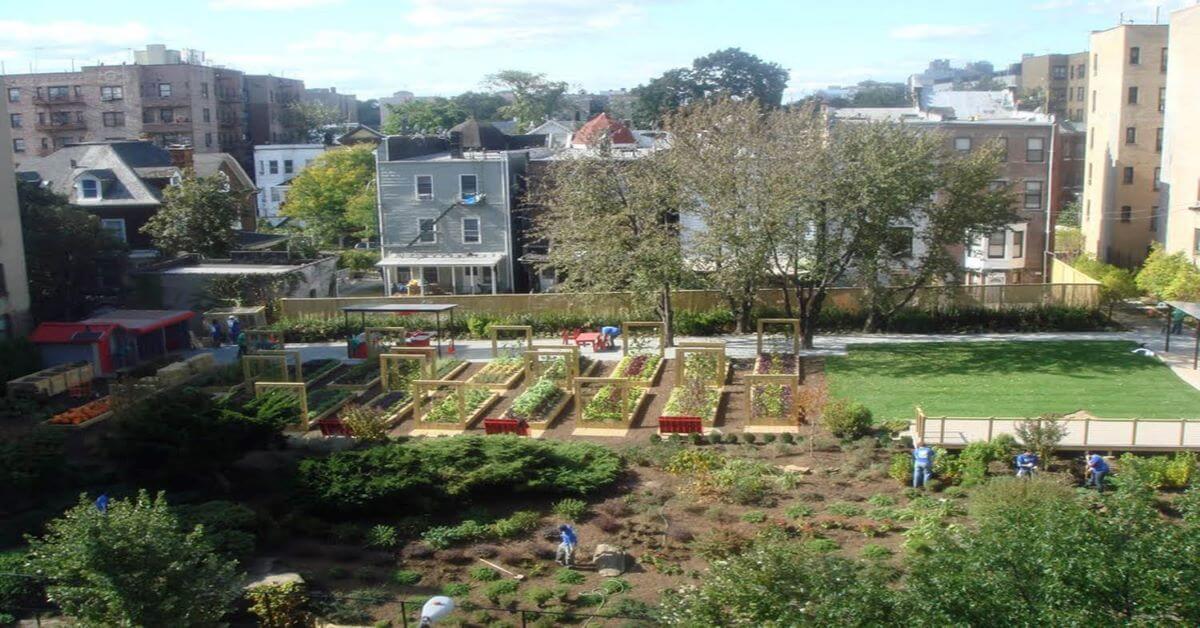 Searching for solace and a comforting degree of self-sufficiency amid the static uncertainty of COVID-19, people are spending more time in their gardens or starting them for the first time. Tomatoes and squash grow amid flower beds and ornamental shrubs in the suburbs. Trellises and raised beds fill rooftops in the cities. People are discovering nature in different ways and changing their relationship with it.

A re-enchantment with nature–often a response to the ravages and failings of industrialization, capitalism, and modernity–is a continual refrain in American life and letters. Henry David Thoreau experimented with simple living at Walden Pond. John Muir spurred the conservation movement with his writings on the West. Award-winning novelist Louis Bromfield returned to his native Ohio to farm after a celebrity-filled decade-plus in Paris.

Bromfield belonged to “The Lost Generation” of expatriate writers, artists, and thinkers who found themselves in France following the First World War. He socialized with F. Scott Fitzgerald, Gertrude Stein, and Edith Wharton. He was a best-selling author, Hollywood screenwriter, and political activist. Today, he is largely forgotten. Stephen Heyman’s new book The Planter of Modern Life: Louis Bromfield and the Seeds of the Revolution might rectify this neglect, and just in the nick of time for all of us staring at a pandemic tunnel with no light at its end.

When Bromfield began building his homestead Malabar Farm after coming home to rural Richland County, Ohio in 1938, he saw suffering farming communities and a degraded natural environment. He hoped that Malabar Farm would become a self-sustaining model resting upon biodiversity–a hopeful, healing alternative to monoculture and industrial agriculture. He advocated for sustainable farming and the humane treatment of animals. Socialites and movie stars made pilgrimages to Malabar Farm. Humphrey Bogart and Lauren Bacall were wed there in 1945.

Although Bromfield failed to make Malabar Farm a financial success, his agricultural writings and the farm itself inspired and informed the contemporary environmental and food movements. Many of the issues raised by Bromfield–society’s alienation from the natural world; a disregard for creation; and a dire need to build a new relationship between man and the environment–are even more pressing today than they were in Bromfield’s own era.

Five years ago, Pope Francis released his encyclical Laudato Si’ (On Care for Our Common Home) in which he reiterated and amplified the environmental teachings of his immediate predecessors, Pope John Paul II and Benedict XVI, and called upon Catholics to reimagine their place within the natural world and fulfill their obligation to protect all creation. (Last month, the Center hosted a panel discussion on the impact and legacy of this encyclical, Saving Creation: The Pope, the Pandemic, and Laudato Si’ at Five.)

A vocal segment of American Catholics have pushed against the message of Laudato Si’. Those who lament this resistance rightly note the influence of conservative political ideology, reliance on big-money donors, and an almost idolatrous national devotion to consumerism and unfettered capitalism. However, the hostility to addressing climate change in the United States might rest in something far more subtle and more difficult to address.

Francis speaks of confronting climate change as an act of conversion. An individual must change his or her own behavior before we can hope to see larger structures and policies revamped. Every small change, such as forgoing plastic straws or supporting local farmers, works to improve the environment (and other inequities). They also work to improve ourselves. We all carry responsibility. We all carry blame. The problem and the solution do not exclusively lie with others. That can be a terrifying realization.

This summer, many Americans are puttering in their gardens, enjoying exercise, fresh air, and nature, and maybe even harvesting their own fruits and vegetables for their dinner plates. Knowingly or not, they are following the footsteps of Louis Blomfield and re-connecting with the land. Maybe, as Pope Francis hopes, they will find themselves converted.