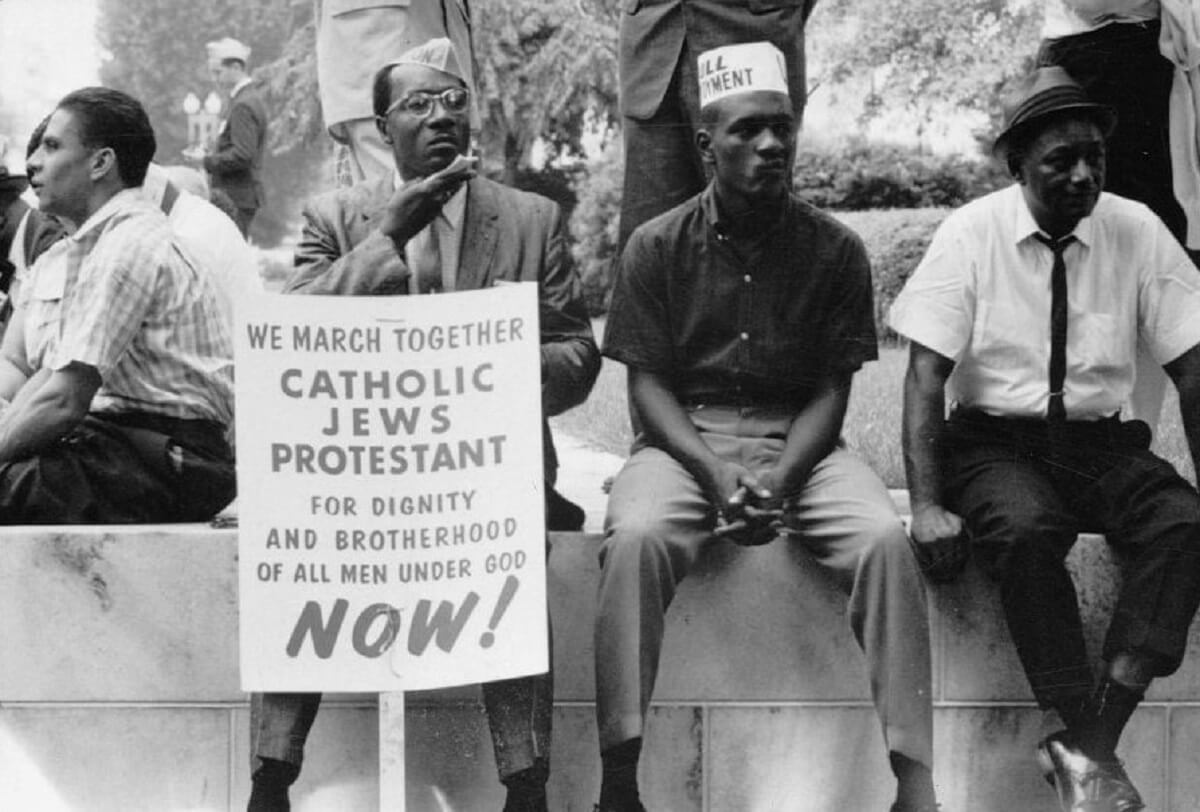 Several years ago, a church group invited me to be part of an anti-racism initiative. At the time, I felt uneasy but didn’t quite exactly know why. Gradually, the reasons for my unease became clear. The initiative seemed very narrowly focused on being against racism. Of course, racism is more than a problem: it is our nation’s original sin.

Racism amounts to a fundamental injustice inflicted on others who deserve our respect, dignity, and love. Racism is not just one social issue among others. It has a unique capacity to rip us apart from each other and wound everyone. If we know racism for what it is, we must certainly be against it. We must be anti-racist. That much is clear.

Still, for believers, being against racism is not enough. People of faith embrace God’s vision for humanity. That makes a fundamental difference. God’s vision means that, in our diversity, we belong to each other in God’s family. Christians affirm that, in our diversity, we are in one communion with each other in God who is a communion of diverse persons in one divine essence: Father, Son, and Holy Spirit. For us, the doctrine of the Trinity is not—as many of our contemporaries might see it—just a peculiar theological and numerical sleight of hand. That belief in the Trinity affirms how, in God’s design, we are bound together in our holy origin and destiny. So, although we must necessarily be against racism, we must—even more—be for our singular and shared communion in God. History gives witness to the power of these convictions.

The gift and the genius of the Rev. Dr. Martin Luther King, Jr. rested in his capacity to uncover the wounds and scars of racism and rally all people regardless of color to be against it. At the same time, he proclaimed how life and relationships could be and ought to be. His “I Have a Dream” speech in 1963 was the constructive and visionary description that brought together those who were discriminated against and those who discriminated. He called everyone to be active agents in unfolding a new future that we can understand—in faith—as God’s dream for our human family. He says at one point: “With this faith we will be able to transform the jangling discords of our nation into a beautiful symphony of brotherhood.”

Anti-racism, the negative judgment that pushes against the personal, structural, and systemic patterns of discrimination and oppression, is a necessary and foundational moment. It cannot, however, be the only moment. King’s moving words speak to us today of a more expansive re-envisioning of our life together. Now, that life together means not just black and white. It links black and white and brown and Asian and indigenous.

Still, because racism in its many forms is so pervasive, so destructive, and so seemingly intractable, the temptation looms large to stay absorbed in anti-racism and anti-racism rhetoric without attending to re-envisioning our life together. I believe that would be a great mistake.

Staying entirely within the anti-racism frame can mean that we fail to claim a new imagination and a new direction for changing things, to actually do something. The anger that informs our anti-racism impulse is a righteous anger, to be sure. But without a constructive vision of the future, it can bend in on itself, become blindly destructive, and even compound the misery of racism. Only the vision and the dream can channel the energy of anger to construct a new and radically different reality.

Faith, religious vision, or some transcendent perspective—however you want to frame it—is decisive in facing racism. Without faith, we are left with a cold and calculating political pragmatism that only wants to balance interest groups and keep the peace. Martin Luther King understood that so well. It is no accident that the black churches became the matrix for the civil rights movement.

For the many secular and non-religious people who are genuinely passionate about racial justice, the insertion of faith seems like an unnecessary step and an intrusion. Still, I am convinced that some transcendent horizon—whatever form that takes—is absolutely necessary to move from the grief of racism to a new way of living and flourishing together. The civil rights movement of the 1960s drew together participants from a wide range of secular, religious, and denominational convictions. They kept their specific religious (or non-religious) identity but joined forces in a higher sense of spiritual purpose. The same thing needs to happen today. It can happen.

The passing last month of John Lewis, a congressman and one of the last great lions of the civil rights movement of the 1950s and 60s, reminded us of the religious grounding of that movement: Lewis was a product of the black church and aspired to be a preacher and he always kept his faith at the forefront of his nonviolent activism.

At the same time, Lewis articulated that spiritual vision in terms so inclusive that his listeners, no matter their background, would be encouraged to “answer the highest calling of your heart and stand up for what you truly believe,” as Lewis put it in a powerful testament published after his death.

“Ordinary people with extraordinary vision can redeem the soul of America by getting in what I call good trouble, necessary trouble,” Lewis wrote.

Ordinary believers, by dint of our faith, also have an extraordinary duty to answer that call.

The sinful humanity of the church has sometimes rendered it an ineffective sign of unity and, even worse, sometimes made the church complicit in racism. That does not negate the church’s mission, but it does summon the church to purification and renewal to enable the mission to be met. The church’s challenge in this moment is to hold up the vision and call out the grave sin of racism as it effectively witnesses to another way of being together, in unity, in God’s family.

This mission and responsibility entrusted to communities of faith and, indeed, to all people of good will is indispensable. Martin Luther King knew this. John Lewis knew this. Through their  life’s work we began to see this dream unfolding. In our moment now, we are summoned to reclaim this spiritual legacy and redeem the truest identity of our nation.

Father Louis J. Cameli is a priest of the Archdiocese of Chicago and Cardinal Blase Cupich's delegate for formation and mission.