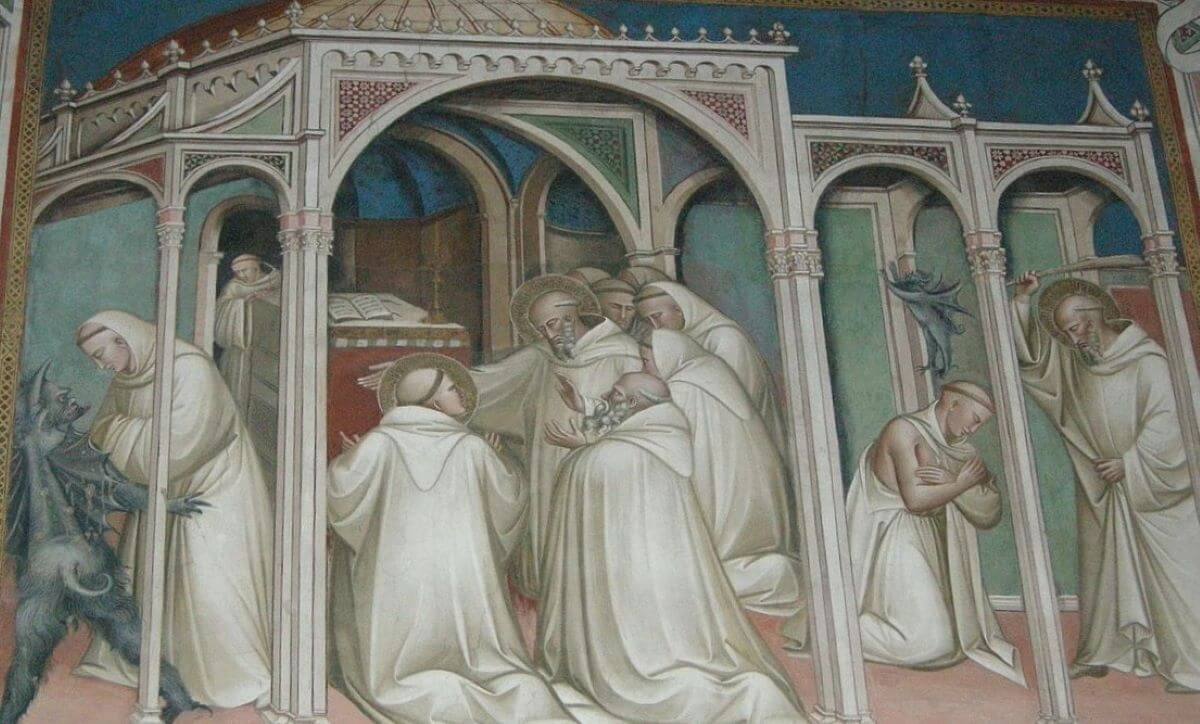 After years of political and interpersonal infighting, Americans watched Joe Biden, a Catholic, become the forty-sixth president of the United States. It was a moment of great hope for so many, yet his inaugural message of American unity, initially struck me as stupendously naive. Four years ago, a critical mass of Americans, feeling distrustful of a political system deemed corrupt and disgusted by the decadence of the social and political elite, ushered a demagogue into the world’s most powerful office. Since then, the country has been rocked by the violent fanaticism fueled by unfounded conspiracy theories and apocalypticism. So, as I watched the virtual inauguration proceedings, I felt skeptical that any such national reconciliation was possible.

Then, I remembered my medieval history. The sentiments dividing us Americans today are not  unsimilar to those afflicting Christians at the close of antiquity.

Before Christianity’s legalization by the Roman Emperor Constantine in the fourth century, being Christian was a risky business. Those who were discovered to be Christian stood to lose their good standing, their property, and occasionally their lives. In those years, no person converted to Christianity without serious convictions – as one of my professors likes to say: there were no such things as “casual Christians.” This dynamic changed with Constantine’s edict of Milan in 313 AD. Constantine’s endorsement of Christianity meant an end to the life-and-death risk of being Christian. And not only did being Chrisitan suddenly become legal with the issuance of the edict, but it also became increasingly fashionable and politically desirable.

Thus, in the years to follow, the population of the Roman Empire increasingly converted to Christianity, which was declared the state religion by Emperor Theodosius in 380 AD. The bishops began to enjoy imperial status and wealth and they began to occupy powerful Roman offices (many of which remain today as modern ecclesiastical posts). With this sudden fusion of Church and state in the fourth century, the very nature of theological debate steadily politicized.

The Council of Nicaea and the Arian controversy exemplify the marriage of theology and governing authority growing in Rome and Constantinople (the former Byzantium, where, in 330 AD, Constantine had moved the capital of the Empire). The existence of an errant interpretation of the faith created discord not only within the Church but in the Roman Empire at large, and thus heresy and treason became the same crime. The bishops, armed with Greek philosophical thinking, promulgated their own teachings and denounced those of other thinkers. They contended not only to make their mark on the doctrinal soul of Christianity but to secure their own personal ends and to win the powerful favor of the emperor.

During this same period, however, some believers were striking out into the wilderness of the deserts of Palestine, Egypt, and Syria, seeking to escape the cities and the oversight of the clergy. These men and women, labelled  “ascetics” by modern scholars, sought out earthly hardship in the pursuit of spiritual graces.

Disenchanted with the lackadaisical Christianity brought about by the popular conversion of the empire, these early ascetic movements yearned for the lost piety of the persecuted Christians. Those ascetics who are remembered fondly within the Christian tradition as the “Desert Mothers” and “Desert Fathers” and they are credited with the conception of Christian monasticism. Many of those who sought out this hard life, however, were branded as heretics by Church authorities. The bishops, likely frightened and disgusted by the ascetics’ radical acts of starvation and self-mutilation and the large crowds attracted to their desert spectacles, attempted to dispute, censor, and arrest those ascetics who too overtly challenged orthodox practice and the authority of the urban clergy.

These earliest ascetics, and the later monastics who continued the ascetic tradition, represented a religious power well beyond the urban-clerical sphere of control. As such, the parish and monastery would find themselves in growing contention over the following centuries, disputing over the rights to self-govern, control land, and define the practices of Christianity. Yet this division was not the end of the story for Latin Church.

Even in the bitter years of decline as Roman society decayed into seemingly endless war, frequent famine, and devastating plague, Latin Christianity evolved in both virtue and power. My best answer as to how this happened, is that (other than perhaps Divine Providence), there was some mutual attraction, some Christian common ground that pulled both sides of this divide together.

Over time, many elements of Roman Christianity were adopted into the practice of asceticism. Saint Benedict, who was a member of Roman society before leading a community of monks, demonstrated the growing influence of the Latin Church over the ascetic practice. Following Benedict’s lead, the monastic movement in the West would become cenobitic, or communal, a stark departure from the hermetic, largely unsupervised life of the Desert Ascetics. Benedict would advocate for the installation of a rigid hierarchy within the monastery wherein abbots supervised every part of the monastic operation.

This deep concern with ordering the lives of lower-ranked monks, and a high premium on obedience, exposes the ecclesiastical preoccupation with controlling the theological vagrancy of the early monastic movements. Likewise, these movements were able to rein in unhealthy  practices of self-mortification often practiced by isolated monastics. While the rhetoric of self-denial continued to permeate his writings and the writings of later ascetics, the expectation of physical suffering was enormously reduced. An often-cited passage of Benedict’s Rule permits the monks half a bottle of wine each daily – a far cry from total destitution and self-denial of the earliest ascetics. The relative comfort of a Benedictine monastery is indicative of a tempering of the ascetic movement’s most radical elements and its growing theological concordance with the “secular” clergy, as other priests came to be known.

Mirroring the evolution of Christian asceticism, ecclesiastical authorities became increasingly influenced by monastic principles and inventions. The monastic requirement for celibacy, the enshrinement of the virtue of discernment, and the premium on humility migrated (against vocal opposition) into the urban clergy. The culmination of this ethics migration came under Pope Gregory the Great.

Just as Benedict was a Roman aristocrat before he became abbot, Gregory was a monk before he became Pope. In his Book of Pastoral Rule, Gregory directly imposes the monastic values of celibacy, humility, and obedience on the clergy of the sixth-century church. The severe admonishment of those seeking power in Church office cuts against the grain of the Roman ecclesiastical culture brought about by Constantine three hundred years earlier. The imposition of these monastic vows on the priesthood survives into today, and coupled with Gregory’s anti-corruption reforms, constituted something of a purification of the Latin Church.

Throughout the early medieval period, these two visions of Christianity were at odds, vying in spiritual contention for what Christianity was to become.

In a way, we are also at such a junction, where the resolution of our American crisis of the soul will determine the essence of our nation in the coming decades. Power and piety are each potent currents that must be held in balance. On their own, they can lead to dangerous outcomes. When married too closely, the results can also be disastrous.

The history of the Church supports the possibility that our ideological friction in America can be resolved fruitfully, and a healthy tension maintained. Unity is possible wherein all of us are changed, humbled by the events of this past year, and drawn into a national consensus. There are terrible heterodoxies that must be opposed, yes, and many vices confronted. But, if the Church and her history are at all indicative of the possibilities of today, we ought not to dismiss the notion of an America where intellectual and economic inequality give way to humility and generosity and where adherence to the truth dispels our malice and ignorance.

Philip Wines is a junior Philosophy major at Fordham University and a 2020-2021 Duffy Fellow. His article “‘To Each His Own’: The Classical Foundations of Distributive Justice” was recently published in The Dialogue: Journal of Phi Sigma Tau.