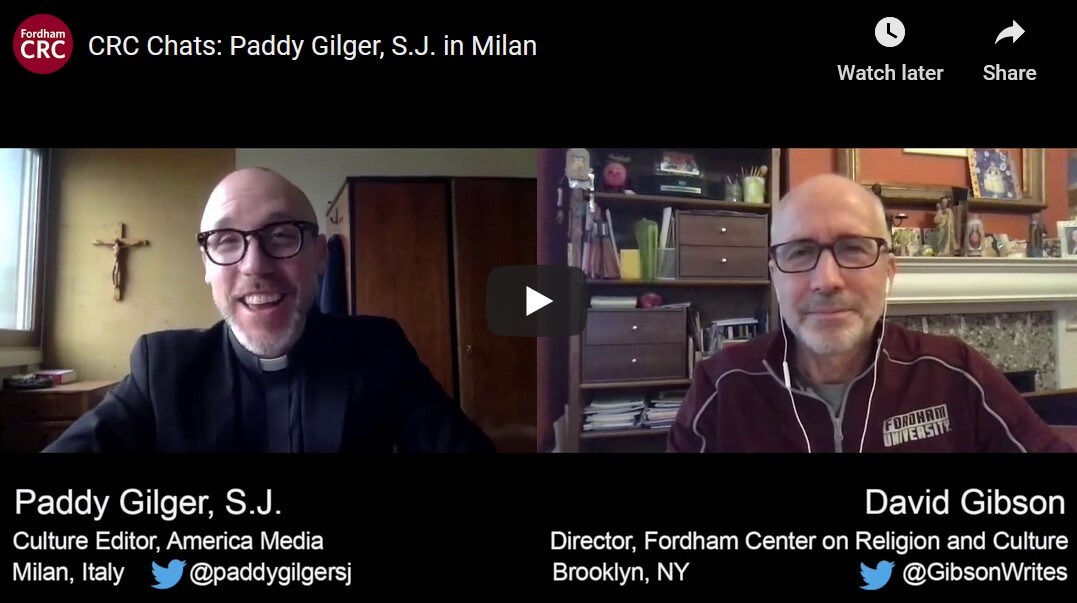 At Fordham’s Center on Religion and Culture, of course, we have had to cancel our slate of in-person gatherings scheduled for the Spring, so, like many other organizations, we are trying to provide more online content.

This blog is one example and something we’ve been meaning to launch for a while. No time like the present. Same with online interviews, which we are calling — until a better brainstorm comes along — “CRC Chats.”

Our first “CRC Chat” is my conversation with Father Patrick J. Gilger, SJ, better known as Paddy, a culture editor at America Media, who landed in Milan to start a research project just as the Coronavirus descended on northern Italy. Paddy quickly wound up in lockdown, watching as this beloved country ground to a halt and the terrible disease began claiming hundreds, and then thousands, of lives, to the point that the authorities began stacking coffins in the churches around Milan.

It has been agonizing, he says, but also with moments of grace:

“That atmosphere permeates the city here, of death as something other than an enemy,” Gilger says from the spartan room in an empty Catholic high school where he is living. “That is something very un-American. And beautifully un-American!”

Watch it all here: