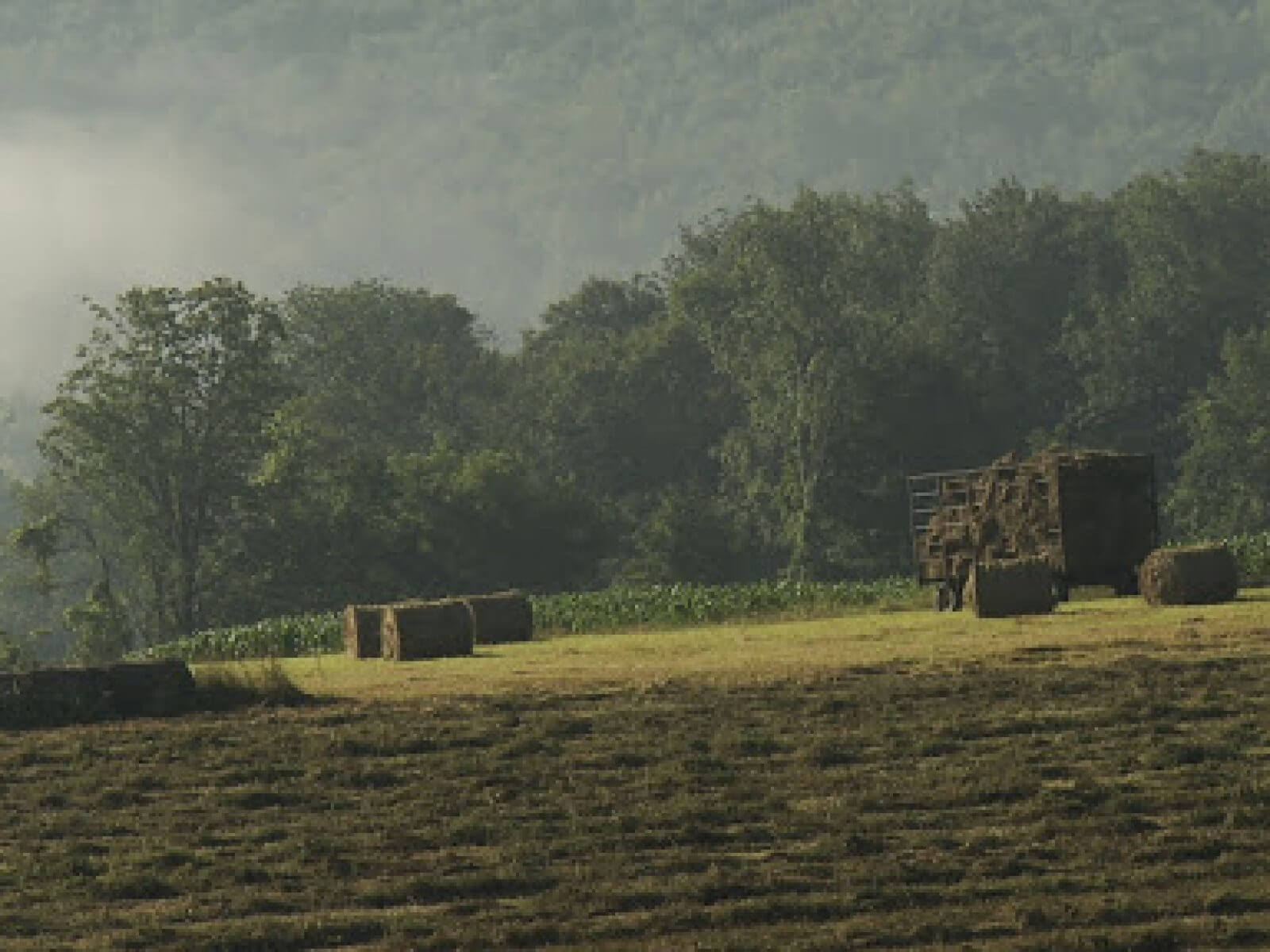 Earlier this winter, I received an invitation from a Twitter friend to a March 9th screening of Forgotten Farms, a documentary capturing the travails of New England dairy farmers . Although I had marked my calendar and long looked forward to the event, I considered bailing on the day of it.

Fordham University announced the suspension of in-person activities and classes that morning, and my department would be working remotely for the foreseeable future. Much like many people throughout the New York region and the country, the thought of a crowd–no matter how small–left me anxious and fearful. Still, I wanted to meet my Twitter friend and support her advocacy for local farmers.

I was glad that I did.

The screening was held at Project Farmhouse, the event space for GrowNYC, the organization managing farmers markets and other related initiatives throughout New York City.

While walking through the Union Square neighborhood to the venue, I noticed people leaving work, meeting friends, and generally going about their life. After spending my afternoon scrolling through news feeds and unwinding months of plans, such a sight provided me with needed relief. (How things would change by the week’s end.)

My Twitter friend, one of the event’s lead organizers, greeted me at the door with an elbow bump and suggested that I partake in the complimentary buffet of cheeses, cured meats, and craft beer–all from farmers and producers in New York’s Catskills region. (Yes, extra precautions were taken with the food.) How could I say no? Then, I settled down to enjoy the film.

However, these farmers provide the majority–up to 80%–of the New England region’s milk. As climate change increasingly threatens monocultures, large-scale agriculture, and complex food systems, farmers such as these are key to rebuilding local food production and strengthening food security.

Such farmers serve as environmental stewards as well. Land dedicated to diversified, local farming provides unofficial sanctuaries for insects, birds, and other wildlife. Farmland should be protected as a resource, instead of being gobbled up by property developers.

The friction between dairy farmers and artisan growers stood as a surprising point explored in the film.

The friction between dairy farmers and artisan growers stood as a surprising point explored in the film. Much media attention is heaped upon small, boutiquel farmers. However, such farmers represent a tiny percentage of working farms and they can feed only a limited amount of the population. As a group, dairy farmers are traditional and generational. Glossy magazines and blogs are not profiling them. They do not belong to the new food movement. They are the forgotten farmers. However, these two classes of farmers share the same larger goals–sustaining local agriculture and (re)building local economies. Thus, a potential alliance seems far greater than long-term conflict.

Forgotten Farms touched upon issues of community, food justice, climate change, the environment–all long emphasized in Catholic social teachings and most recently in Pope Francis’s Laudato Si and Querida Amazonia. Issues that will shape our shared world and future. The negative consequences of not facing these challenges are not solely felt by those living in a distant land or the developing world. They are felt by those close to home–farmers struggling in the Hudson River Valley or western New Jersey.

Following the screening, the film’s producer Sarah Gardner moderated a discussion with New York dairy farmers. One of the farmers recalled how someone always asks how to help their local dairy farmers. “Buy a gallon of milk,” is the farmer’s stock response. The other panelists laughed knowingly.

When considering our local food systems–our forgotten farms–this is the question we should ask ourselves: what is the one action which we can take? Supporting the neighborhood green grocer? Eating locally-grown vegetables? Maybe just buying a gallon of milk?