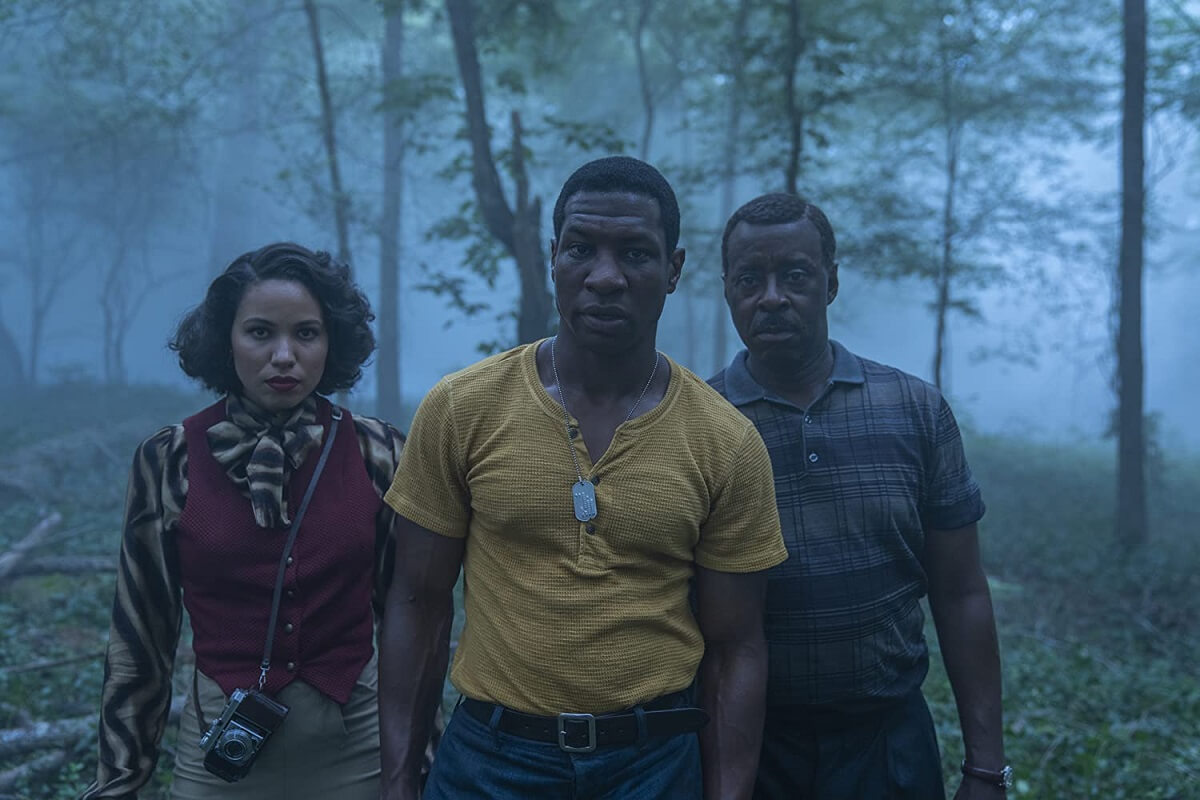 This past summer witnessed nationwide protests focused on America’s stubborn history of racial inequality and injustice. The latest episode of civil unrest erupted in Kenosha, Wisconsin, a small city on Lake Michigan, likely unknown by most Americans before the recent events following the shooting of a Black man, Jacob Blake, by local police. Blake was shot in the back seven times and left paralyzed.

President Trump and his conservative allies appear to be gleefully encouraging counter-protestors and self-proclaimed militiamen. Before visiting Kenosha this past Tuesday, Trump refused to condemn right-wing vigilantism. Trump defended teenager Kyle Rittenhouse’s killing of two protestors and injuring another, noting Rittenhouse “probably would have been killed” if he had acted differently. Violence directed at the right people seems to be necessary, even welcome.

This reality provides the backdrop to the release of HBO’s new series, Lovecraft Country.

The show’s title is an homage to author H.P. Lovecraft. Throughout the 1920s and 1930s, Lovecraft published genre-bending horror fiction in pulp magazines. A native and nearly lifelong resident of Providence, Rhode Island, Lovecraft utilized both imaginative and real New England landscapes for many of his stories’ settings. New England is Lovecraft Country.

Today, Lovecraft is viewed as the preeminent American horror writer of the twentieth century. His work has informed numerous movies and television shows, including Stranger Things, the films of Guillermo del Toro, and Joker. Unfortunately, Lovecraft embraced a rigid racist and nativist mindset extreme even for his time. (I touched upon this in a recent op-ed for The Providence Journal.)

Adapted from Matt Ruff’s 2016 novel, Lovecraft Country begins with a Black Korean War veteran Atticus Freeman (Jonathan Majors) returning to his old neighborhood in 1950s Chicago to search for his missing and estranged father, Montrose. Atticus shares his worries with his paternal uncle George (Courtney B. Vance), who publishes The Safe Negro Travel Guide (based on the historic Green Book) and runs a travel agency for Black Chicagoans.

A letter from Montrose mailed from Ardham, Massachusetts (the name is a play on the fictional city of Arkham, the setting of many of Lovecraft’s stories), offers the only clue to his whereabouts. Atticus and George decide to drive to Ardham to search for Montrose. Ostensibly needing a ride to her brother’s home in Springfield, Massachusetts, Letitia Lewis (Jurnee Smollett), a school friend of Atticus who is down on her luck, joins the pair on the road.

Since the show is entitled Lovecraft Country, esoteric cultists, extra-dimensional creatures, dark arts, and carnage fill the screen and propel the storyline. However, Lovecraft Country also refers to the rooted, virulent racism espoused by the show’s namesake, a racism that was prevalent throughout Jim Crow America. The interlocking themes of race, discrimination, and violence undergird the novel and the show. The horrors and evil perpetrated by white Americans on citizens of color are just as terrifying and deadly as any evil wizard or alien creature conjured by Lovecraft in his fiction.

At one point, tired from the road and presumably living out of their car, Letitia, George, and Atticus stop at a luncheonette listed in The Safe Negro Travel Guide. The only other diner leaves his meal and stomps out when the trio enters. After handing them menus, the waiter disappears. While Letita overhears the waiter reassuring someone on the phone that he refused service to them, Atticus and George realize that the whitewashed walls of the restaurant hide scorch marks from a recent firebombing. In the distance, an emergency siren begins wailing. The three run to their car just as a fire truck and another vehicle barrel into the parking lot — both carrying gunmen shooting at them in broad daylight.

Lovecraft Country captures both the daily humiliations and the ever-lurking threat of lethal violence that haunts Black Americans in the United States. Simply stopping along the road for a meal — a mundane decision that most white Americans would never consider risky — could very well be a dangerous proposition. Today’s headlines show how present this past remains.

I wonder if the luncheonette scene and other moments in the show might be more moving and powerful for an audience than any event chronicled in a history book, documentary, or cable news report. Stories allow us to view the world through characters’ eyes and to share in their joys and sorrows, their dreams and fears. Viewed at a safe remove from the events on our streets, these fictional encounters contain the potential to leave us with empathy for flesh-and-blood individuals who might otherwise seem strange, foreign, even frightening to us. If we open ourselves to the questions posed by stories, this makes them powerful mechanisms for progress and change. This also makes them dangerous to those satisfied with the status quo in this era of rampant fearmongering and disinformation.

In a very meta way, Lovecraft Country explores the nature of stories themselves. What is a story’s intended audience? How does a reader interact with a story and make it his or her own? How does a story ultimately live beyond the intentions of its creator? How do other writers claim a story and spin it into something fresh and different?

An early scene in the show’s first episode probes these issues. Atticus browses George’s library housed in the back of his travel agency. Both Atticus and George are devoted fans of science fiction and horror fiction. Atticus pulls out a copy of Lovecraft’s The Outsider and Others, published by Arkham House in 1939. (The show overflows with such Easter eggs.) Atticus mentions that his father made him memorize Lovecraft’s infamous poem “On the Creation of Niggers” after discovering him reading the author’s stories. This did not seem to dampen his enthusiasm for Lovecraft’s fiction. (Presumably, George was aware of the poem, too.)

Lovecraft never envisioned a Black man like Atticus Freeman poring over his stories and losing himself in his fictional worlds. Nevertheless, Atticus did. He found entertainment and escape in stories penned by an author who would have crossed the street to avoid him.

How does a reader embrace a story which was never written for someone with his skin color, ancestry, sexual identity, and so forth? Atticus and–more importantly–real-life readers claim such stories for themselves, proving their (if only accidental) universality. Regardless of such stories’ genesis and authorship, they connect to diverse readers.

Lovecraft Country stands as one example of a cottage industry of writers, including authors of color, repurposing Lovecraft’s work in recent years, often in ways that Lovecraft himself likely would have found discomfiting. Victor LaValle re-told Lovecraft’s “The Horror at Red Hook” mainly from the point of view of a Black character in his 2016 short novel The Ballad of Black Tom. Award-winning author N.K. Jemisin, who is also Black, riffs on Lovecraft’s mythology in her latest novel The City We Became. Coincidentally, this continues a tradition started by Lovecraft and his literary acquaintances of incorporating features of one another’s writings into their own.

Genre fiction, film, and television have long served as vehicles to explore uncomfortable, difficult, and painful social issues and questions. (My personal favorite is the original The Twilight Zone.) Lovecraft Country belongs to this tradition. Right now, it might be the show many of us need to make sense of America and ourselves.