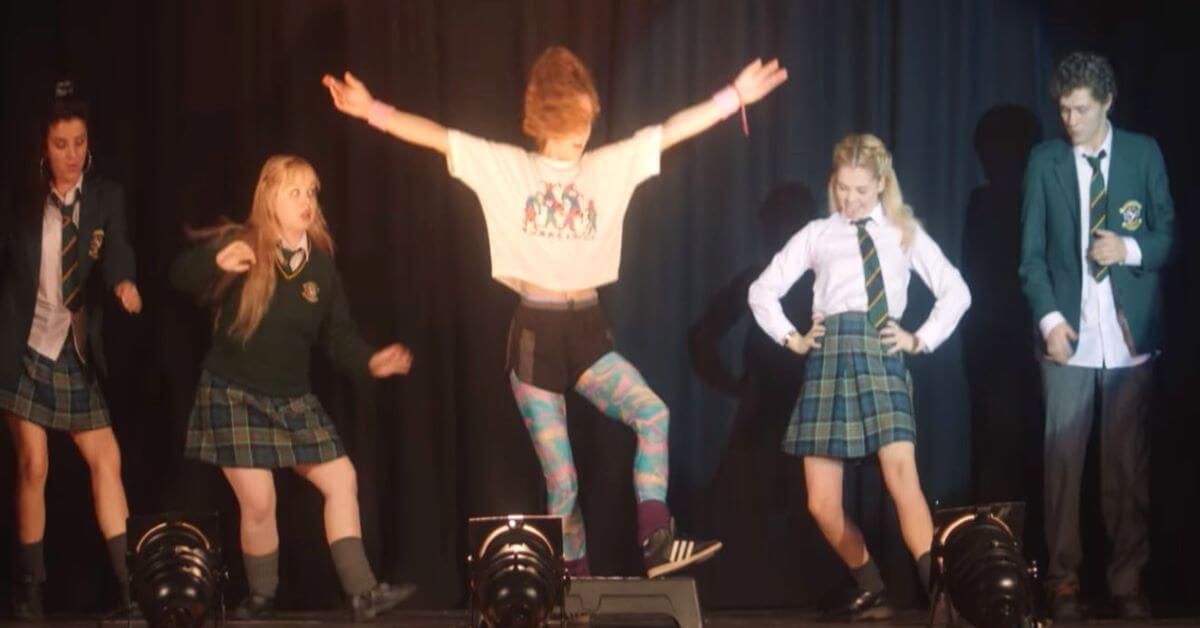 I think it’s fair to say I’ve gotten my money’s worth from my Netflix and Hulu subscriptions over the past few months. I’ve explored new shows and revisited old favorites. The most enjoyable rewatch by far has been season one of the Netflix sitcom Derry Girls.

Derry Girls centers around a group of teenagers living in Derry in Northern Ireland towards the end of the Troubles in the 1990s. The Troubles was the name given to the most recent stretch of sectarian violence between largely Protestant unionists who wanted Northern Ireland to remain part of the United Kingdom and largely Catholic nationalists who wanted to end this centuries-old division and join the northern counties with the rest of the Republic of Ireland.

The Troubles began in the 1960s and ended, at least symbolically, with the Good Friday Agreement in 1998. While the Troubles are certainly part of the world of Derry Girls, they don’t overwhelm it; the conflict is the background tension that gives the humor added power because it shows that to some extent teenagers will always be teenagers, no matter the circumstances. When violence directly intrudes, it is treated appropriately and effectively.

The humor of this series comes from the incredibly well-defined characters and their everyday, relatable challenges. The “Derry Girls” are five teenagers who attend an all-girls Catholic school. Erin (Saoirse-Monica Jackson) is outspoken and dramatic. Erin’s cousin Orla (Louisa Harland) is eccentric but nonetheless endearing. Clare (Nicola Coughlan) is an anxious rule follower. Michelle (Jamie-Lee O’Donnell) seemingly has no fear of authority or consequences. Michelle’s cousin James (Dylan Llewellyn) often feels out of place, both because he is English and because he attends the all-girls school due to concerns for his safety at the all-boys school.

During my rewatch, I tried Fr. Jim McDermott’s binge-watching exercise, which facilitates deeper thought about the characters and storylines as well as how they resonate with the viewer. Usually, I would just go from one episode to the next, but this exercise encouraged me to pause between them and appreciate what I just saw. I found myself thinking about the production and narrative choices: the soundtrack music, the visual humor, the relatable storylines. But what stood out to me the most were the characters. Each character feels so unique and real from the main five teenagers down to the minor characters who help bring the town to life.

Derry Girls does an excellent job of finding natural ways to show us who these people are. Each character possesses a distinct point of view and clear wants and fears. The teens simply placing their take-out orders at the local “chippy,” a fish and chip shop, shows this. Erin turns hers into a performance. Clare was nervous and apologetic. Michelle was brusque and took her time. And James didn’t order because he hates the food. The fact that I thoroughly enjoyed watching people order take-out stands as a testament to the great writing and lovable characters.

The chippy scene sparked a reaction that grew into a trend throughout the season: I felt empathy for Clare and was annoyed by Erin. As I delved deeper into the binge-watching exercise, I realized these feelings stemmed from seeing my high school self in both characters. I admit it: I was a nervous rule follower. Admitting I was dramatic is a bit more challenging. Watching Clare was the moving experience of reading an old diary entry. Watching Erin was the cringeworthy experience of looking at an old Facebook post.

It’s easy to connect to these characters and to the group’s familial bond. Although some of the characters are related, the group as a whole is a chosen family. They argue, they make fun of each other, they call each other out, but above all else they support each other. When the entire school laughs at Orla during her talent show step aerobics performance, Erin, Clare, Michelle, and James join Orla on stage in a heartwarming display of true friendship.

Reflecting on this scene made me feel grateful for my own friends. The friends I can count on, the friends that feel more like family. I relate to this moment in the show, and not just because I enjoy step aerobics. It brought me back to taking risks and growing into a new version of myself in college. That intimidating process was filled with joy, because I had friends who  would join me on stage.

Derry Girls has as much heart as it has humor. I got to appreciate both in a new light through this binge-watching exercise. Thankfully, I still have another season to rewatch. If you haven’t seen it, or even if you have, I highly suggest watching Derry Girls. You’ll be glad that you did.