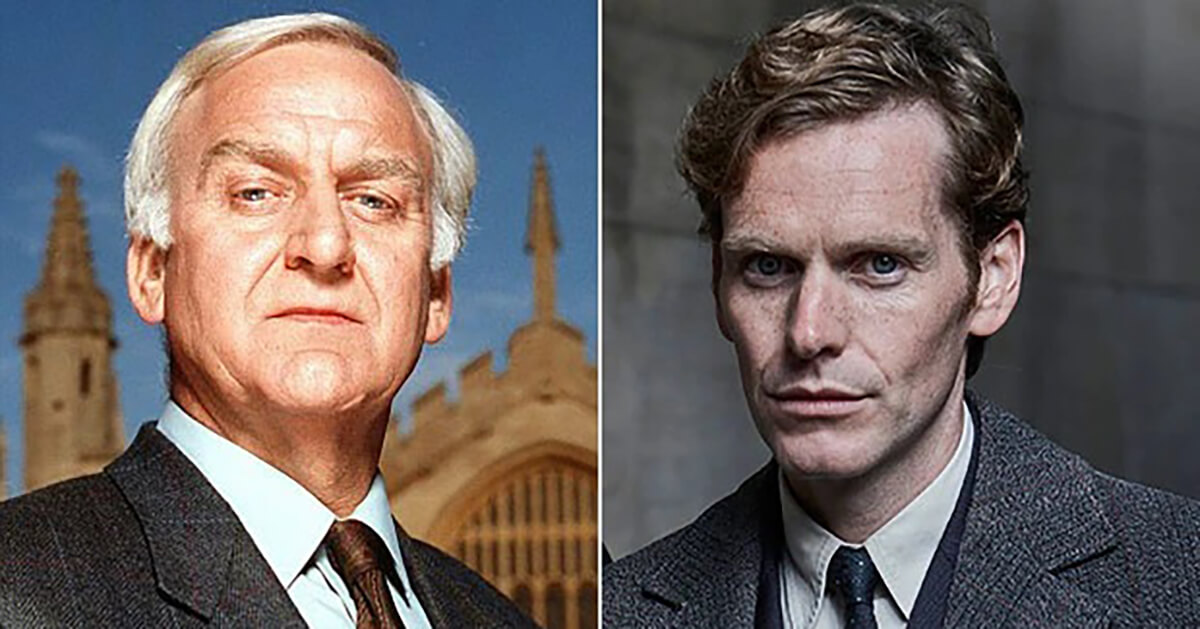 Last month, PBS aired the start of a new season of Endeavour, the penultimate one of what has been a thirty-five-year epic about the life and times of Chief Inspector Endeavour Morse.

I first came to the Morseverse through Endeavour, which stunned me right from the start with its stylish storytelling and razor-sharp performances. Few detective shows from the United Kingdom or anywhere else have the panache or depth of this series created by Russell Lewis.

Early in the pandemic, I finally sat down to watch Morse and then its sequel Lewis, which was also written in part by Russell Lewis. (Yes, it can get confusing identifying which one is being talked about at times.) And thank God that I did. Along with a couple other old-timey British detective shows—Inspector Foyle, Prime Suspect, George Gently—they helped me get through that long and awful year. I loved John Thaw’s bombastic and yet tragic performance as Morse. In fact, when I was done with the series, I missed it so much I almost immediately watched the whole thing again. Just in writing this I am tempted to start watching it a third time. (I probably will.)

Still, thirty-five years is a long time to stay passionate about one character. I can’t help but wonder: why are we still so invested in him? Why does Morse somehow remain important to viewers?

Certainly, it is the quality of the writing and performances. The Morseverse is the rarest of unicorns—a storytelling universe that has only improved as it has gone on. In part, that’s a function of eras. Morse was produced at a time when so many British shows had a certain shaggy-dog tale quality to them. As Midsomer Murders proves, there’s still a market for that kind of story. But today’s audiences generally demand something crisper and more serialized.

Russell Lewis also has taken ideas from Morse and developed them in fascinating ways with his interpretation of the character. Most especially, Morse’s passion for music. Although everyone of a certain generation is talking about the way that Stranger Things uses Kate Bush’s song “Running Up That Hill,” no TV show weaves together visuals and music as well as Endeavour. Every single opening sequence is a small work of art.

Lewis plays with Morse’s love of music in other ways, as well. He fashioned last season of Endeavour as itself a three-movement opera about Morse and his doomed love affair with Violetta, a married woman who longs to be free of her abusive, criminal husband and yet can’t bring herself to leave him. It’s an astonishing, painful piece of work. And again, shockingly, it was the seventh season of the show, aka the moment when the wheels on the wagon usually start to get pretty ragged.

Endeavour is also a show with an abiding mystery. We only really knew a few things about Morse’s past before this series. He had a troubled relationship with his step-mother. He has a beloved half-sister. He left Oxford after a failed love affair. He was mentored by DCI Desmond McNutt. While Lewis touches on some of these points, he made the fascinating decision to place Morse with a set of characters that had never been mentioned, most especially DCI Fred Thursday, who is very clearly the father Morse never had, and Morse the son. Over the first few seasons, Thursday’s daughter Joanie clearly becomes the one true love of Morse’s life as well.

The fact that none of these characters was ever mentioned in the original series with the exception of Morse’s future boss Jim Strange, who starts Endeavour as a beat cop, creates a tremendous sense of foreboding. What becomes of Fred Thursday, his wife Win, and Joanie? Why did Morse never mention them?

Morse has always been a tragic figure. He never really finds a person he can love. He dies in large part because he won’t stop drinking. And he dies alone. You’d think all of that would be enough, but Lewis has found an entirely other source of feeling and sorrow to mine in the Thursday family. As much as Joanie and Morse are a wonderfully electric part of Endeavour—if I have one complaint about the show, it’s that they have never let those two characters have a season together—the real love story of Endeavour has always been between Morse and Fred, this complicated father and son. And so we watch every episode—and especially the finales—anxious about what might happen, what other terrible sources of guilt might Morse be carrying.

Personally, I think what keeps me coming back is not dread but a mixture of hope and love. Pop culture is a funny business. Even after we know how a story ends, there’s some part of us that believes that it could still end differently, that maybe this time our hero will get lucky or make different choices. In some ways, knowing how the story goes only feeds that sense of possibility. We go in that second time already knowing what’s possible, knowing the avenues that the characters could choose instead.

There’s also the way Endeavour activates our empathy. Shaun Evans plays Young Morse like a hounded, wounded boy. In the face of his pain, his future is irrelevant. You cannot help but want good things for him. The act of watching Endeavour becomes almost an attempt at encouragement. We sit in the place of the Thursdays, willing this child good things, most of all freedom from a past that has taught him to be so hard on himself.

But I wonder if there isn’t something even more personal for all of us in our care for Morse. I love Morse in part because he is a tragic, self-destructive figure, and I know in some ways and at some times I am, too. Seeing him screw up helps me feel less alone, less beyond any hope of salvation. When he gets back up and tries again to be of help, to make amends, it reminds me that some good can come even from what remains of me. Broken though we all are, still we can endeavour.