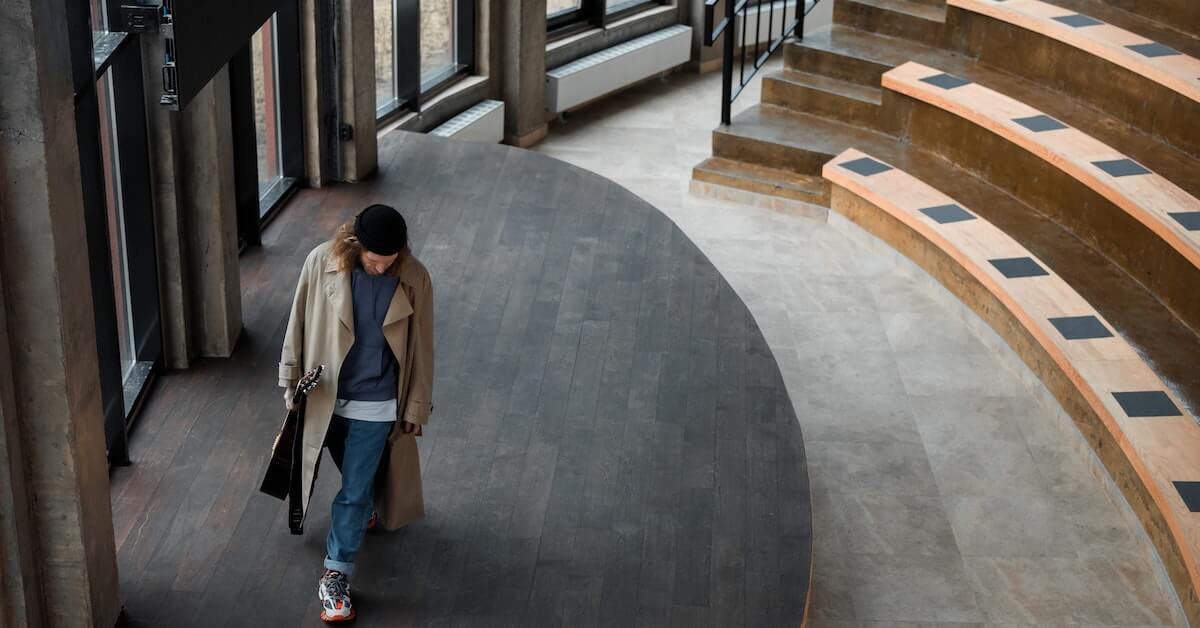 Just before COVID sent us home in 2020, I went to see Jeremy Jordan’s cabaret Carry On. The show differed from other cabarets I’d seen: instead of doing away with the fourth wall and telling anecdotes directly to the audience, Jordan framed the performance as though he was talking to his daughter (who, at the time of the performance, was just shy of a year old). Inspired by objects that he pulled out of a suitcase, he told “her” stories from his life, from his childhood to a recent professional failure. He created a jukebox musical of sorts about himself.

I remember reflecting on this technique after the show was over. I thought it allowed for moving moments, but I also found it somewhat unsettling. Jordan was playing a character, and that character was himself. He was presenting an emotional journey which he may have already experienced offstage.

The authenticity of this performer combined with his autobiographical script called attention to the superficiality of the performance itself. That’s not to say that I didn’t enjoy it, or that Jordan wasn’t excellent, but it did feel odd: to play oneself, a person has to move through the self-awareness of their own performance, of having a script and being onstage, and work to get back to what they are without those elements. There are multiple layers to break through for things to look effortless, and even if that process is successful, seeing someone onstage is a reminder of those layers.

This past summer, when I was developing my own cabaret, I found myself thinking back to Jordan’s. My project of creating a musical product based on my research into medieval Christian love mysticism was artistic and academic. Because the content of solo cabarets is frequently centered around the performer, I added some autobiographical elements to mine. I decided to give myself a sort of storyline, based on the personal questions my research was raising. At one point, this involved scripting an epiphany for the character of Anna within the cabaret, an epiphany I had experienced in the midst of working on the project, an epiphany accompanied by emotions that I was setting myself up to reproduce at a later date.

By including this narrative, I was giving the audience insight into a realization I’d had in my past, but playing it as though I was having it at the time of the performance. If I acted it well enough, my audience couldn’t tell what I was authentically experiencing and what I was performing. (Are those categories mutually exclusive? I’m not sure.) I was (and am) worried that this verges on being dishonest with the audience. Our recognition of the fourth wall allows for the creative team to deceive us as is necessary for the plot, but it typically does not provoke genuine confusion as to what’s real and what isn’t. Cabarets that maintain the fourth wall and break with the medium’s formal guidelines blur that line. Things get tricky with a nonfiction work and things get even trickier when misdirection is occurring at a meta level.

This notion of performing myself is once again on my mind as I work on my podcast, All Who Labor. Most of the interviews I’ve conducted have been mock interviews with people whom I know so that I can get more comfortable with interviewing. I can’t speak for my guests, but I’ve noticed that I put on a podcast host persona as I move into questions. The informal conversation that my guest and I had been sharing before I started the interview slightly shifts its tone. Perhaps I just need more practice at keeping discussions conversational and making sure my guests feel comfortable, but it’s as if the idea of an interview is hanging over me and creating a performance where I want ease and connection.

The podcast is not about me in the way that my cabaret is, but as a host, I’m playing a version of myself—someone who is capable, well-spoken, and intelligent—that listeners can trust to lead them through the topics the podcast examines. Whether or not I actually am those things does not change the fact that I’m performing them when a mic is in front of me.

In the cases of podcasts and cabarets, I have outs that allow me to ponder this question of authenticity at a merely intellectual level. In a cabaret, the audience is aware that a performance is going on, even if they don’t know what an actor is “authentically” feeling and what they aren’t. In a podcast where I’m interviewing people to share the information they know with an audience, there’s less of an authentic “me,” because I’m mostly serving the form. The goal is not so much authenticity as it is an enlightening final product. If I need to sound more knowledgeable than I am for a better interview or to edit out speech fillers to clean up the audio, I think that’s acceptable.

I’m still wrestling with this question, but maybe I need to remember that we are in control of how we present ourselves, and it isn’t always helpful to have that presentation mirror what we’re actually feeling. If I’m performing kindness around someone I find hard to love, for example, and I’m doing so because I want to treat them with respect despite my feelings about them, it seems silly to worry about inauthenticity. Showing my entire hand all the time could do more harm than good.

Maybe I need to alter my language: perhaps it’s more helpful to think of some moments of “inauthenticity” as practicing. Of course, this doesn’t apply to outright denial of facts (does contributing to a discussion as though one has done the reading when one hasn’t fall under that category? I’ll have to think more on that), but by performing confidence in an interview, for example, even though I may not feel it, I’m practicing acting confidently, and therefore working towards a more authentic confidence. By performing in this manner, maybe I’m slowly crafting myself into the person that I want to be.

Anna Nowalk is a senior double-majoring in Music and Theology and Religious Studies at Fordham University and she is a 2022-2023 Duffy Fellow.