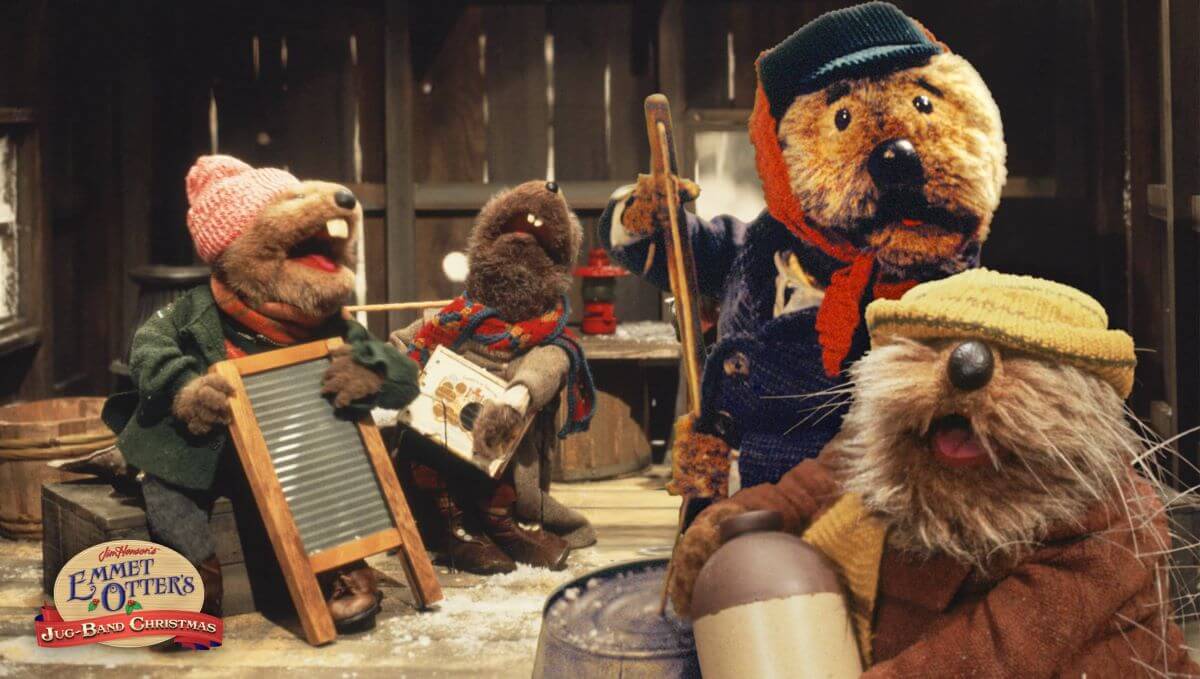 Every December, my best friend and I enjoy getting together to wallow in holiday nostalgia by watching Christmas specials and films from our respective childhoods. We first bonded listening to the Star Wars Christmas album (yes, there is such a thing and it’s everything you might expect) during college and we started watching a few classic cartoons (A Garfield Christmas) or holiday mainstays (Rudolf the Red-Nosed Reindeer) each year. Eventually, this became a tradition. One of our favorites is Emmet Otter’s Jug-Band Christmas.

(If you think Muppet-based productions are “just for kids,” well, there are those who make the opposite claim — that they are only for adults. The reality is that the Muppets are the best kind of “children’s” entertainment: they include humor and meaning for both audiences and give them a moment to share.)

Directed by Jim Henson and based on the book by Russell Hoban, Emmet Otter first debuted on HBO in 1977. Its story centers around a young character, Emmet Otter, and his mother, Alice, living along the river on the outskirts of Waterville. The Appalachian-like setting is detailed and beautiful. Emmet and Alice are quite impoverished and earn a living by doing odd jobs. Alice takes in laundry. Emmett works as a handyman. Neither appears bitter at their lot in life, yet knowing that they cannot afford Christmas gifts for each other leaves them saddened as the holiday approaches.

Meanwhile, Waterville is advertising a talent show with a fifty-dollar award. Emmet and Alice both secretly plan on entering the contest in the hope of winning and surprising the other with a Christmas present. Emmet uses his mother’s laundry tub to make a washtub bass. Alice pawns Emmet’s tools to buy fabric for a dress. Each sacrifices the other’s possession — and main income-generating instrument — to enter the contest. Emmet Otter clearly draws inspiration from O’Henry’s iconic short story “The Gift of the Magi.” Since the plot pivots around the Otter family and its friends’ talent show performances, Emmet Otter is filled with songs echoing American folk music and glam rock by The Muppet Show composer Paul Williams.

Since the national health crisis prevented my friend and me from our annual viewing of Emmet Otter, I watched it alone and with a different framework this December. Earlier this year, Jim McDermott, a Jesuit priest and fellow Sapientia contributor, introduced me and the Center on Religion and Culture audience to his novel spiritual exercise: television-viewing as a form of prayer. Jim and I watched a few television shows to experiment with his idea. (Hint: give it try!)

I asked myself why Emmet Otter still resonates with me well into adulthood. The show’s lovely natural setting consisting of snow, hills, and rivers populated by birds and wildlife never fails to soothe my imagination. However, I never realized until this year how closely it resembled the Western New York state landscape where I grew up. The small-town life of Emmet Otter’s characters harkens back to an idyllic America now only existent on the page or on the screen, or one rendered dysfunctional and deadly by economic decline and opioids. (Author Chris Arnade and I discussed this very subject earlier in the year.)

Living in an unsettled time, I find myself daydreaming about a slower and more predictable way of life. During the final act of Emmet Otter (SPOILER ALERT!) Alice, Emmet, and his friends are dejected after failing to win the talent contest. However, they discover a different and unexpected reward by joining in their love of music. Seeing these characters understand their need for one other reminded me how much of life — especially its most treasured moments and experiences — hinges upon our connection to others. As the poet John Donne wrote, “No man is an island.”

As many of us prepare for a Christmas without our family and friends, we’ll likely be finding comfort in Christmas specials and films and even uncovering new meaning in them. Next year, I hope that my friend and I can revive our tradition. Emmet Otter will be waiting for us.