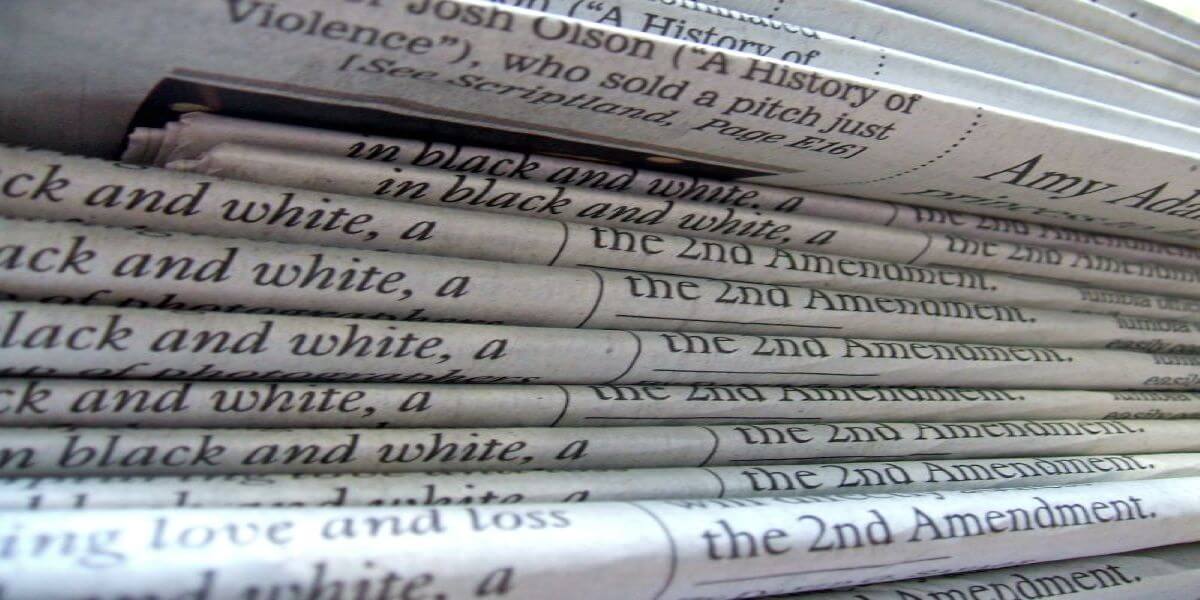 The journalism guild lost a master craftsman with the death of New York Times columnist Jim Dwyer on October 8. As his newspaper’s obituary notes, Dwyer was born in Manhattan, but he got his start in newspapers in New Jersey before returning to the city to work at Newsday, The Daily News, and finally The Times. It was a wonderful career spanning nearly four decades.

Over that time, Dwyer became what is known, for want of a better term, as a stylist, a wordsmith. In other words, he could write. And he could write because he could report. He went to see people. He talked to them. But mostly he listened to them.

In that deeper sense, we also lost an inspiration.

“Newsrooms are famous for petty rivalries, but you won’t find anyone who didn’t like Dwyer,” tweeted Paul Schwartzman, now at The Washington Post. “He was honest, generous and authentic. He was a star but without the showbiz swagger. He was a singular New York voice who loved to tell the stories of his hometown.”

As Dwyer’s Times colleague Sam Dolnick put it, Jim Dwyer “was a journalistic and moral hero. He embodied the best of city reporting and was an extraordinarily good writer and an even better man.”

Sure, everyone loves to hate journalists. It’s a cliché and it’s too often justified. But the reality is that real journalists don’t want your love. They want you to read their stories. Sometimes you’ll love what they write, sometimes you’ll hate it. Either way you will be informed, and you will have no excuses for not acting.

Journalism is often compared, not unfairly, and often unflatteringly for both fields, to religion. The First and Fourth Estates each have their own dogmas, and clerisy, and hierarchies. We can be right, but also self-righteous. Church and journalism may be the last redoubts where the term “crusader” is still considered a badge of honor.

But journalism is also like ministry in that it is at heart a calling, a vocation. You could see that so vividly in Jim Dwyer’s career. As Robert D. McFadden wrote:

As a student at Fordham University, he had hoped to become a doctor, until he joined the student newspaper, The Fordham Ram, and one day wrote about a rough-looking man having an epileptic seizure on a Bronx sidewalk. Mr. Dwyer stopped to help.

“People passing by were muttering disapproval, ‘junkie,’ ‘scumbag,’ that sort of thing,” he wrote. “The seizure subsided, and those of us who had stayed with him learned he was a veteran and had been having seizures since coming back from Vietnam. A few minutes later, off he went. But that moment stayed with me.”

A 19-year-old cub reporter, he wrote a lead paragraph that set the tone for a career: “Charlie Martinez, whoever he was, lay on the cold sidewalk in front of Dick Gidron’s used Cadillac place on Fordham Road. He had picked a fine afternoon to go into convulsions: the sky was sharp and cool, a fall day that made even Fordham Road look good.”

Mr. Dwyer was hooked. In a 2020 interview for this obituary, he said: “I intended to be pre-med, but The Fordham Ram got in the way of that. It was a crusading student newspaper. I couldn’t resist it. It was a joy for me to discover how much I loved reporting and writing.”

Unfortunately, like the clergy today, journalism also has a vocations crisis, which is another reason Dwyer’s loss is so poignant. Who will replace him, not just at The Times — the Gray Lady will always draw talent — but in smaller markets across the country?

Unlike the clerical field, the journalism shortage stems mainly from a problem of economics. The Internet has upended the financial model that supported mainstream media — that is, the profession of journalism, a trade formed by practice and bound by ethics. The web has atomized our attention span and allowed anyone with a Twitter account to style themselves a journalist. Vulture capitalists have swooped in pick over the carcass and leave nothing but bare bones, and oftentimes not even those.

The cursus honorum that Dwyer, like many of his generation, took from local to regional to national newspapers is no longer viable as local outlets have virtually disappeared. Experience is as hard to come by as a decent salary.

Yet there is a convergence with the vocations crisis in the churches, as well. Too often the way to make your name in media, as in ministry, is by using the platform of social media to make noise and little else. The writer, like the celebrity pastor, is now the subject. That’s not how it should be. Service is the point of a vocation, and Jim Dwyer performed that service to the end.

His final column in May was a quiet and powerful tribute to those who have sacrifice to care for others during the pandemic.

It starts with a recollection of a similar service performed by an old woman in the west of Ireland, a century ago during the Influenza pandemic. Jim Dwyer was one of the 45 great-grandchildren of that woman, “Nan the Point,” as she was known. He was here because of what she did. And he connects his Irish immigrant roots straight to those immigrants from other lands doing the same work today.

“In times to come, when we are all gone, people not yet born will walk in the sunshine of their own days because of what women and men did at this hour to feed the sick, to heal and to comfort.”

They say that if you win a Pulitzer Prize the first line of your obituary has been written. Jim Dwyer won one for commentary and he sure as hell deserved it. But his real contribution, and prize, was his service to us all. That’s worth remembering. RIP.