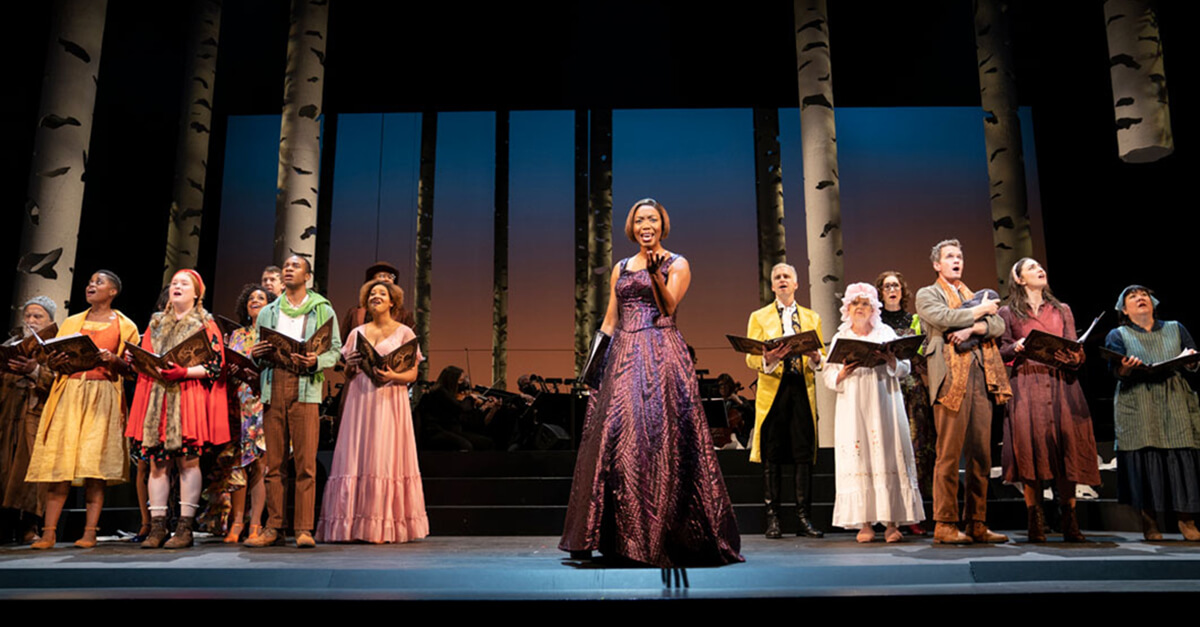 Here’s the thing about graduating from college: everyone older than you suddenly has a lot of advice. “Make a lot of money.” “That first job is so important.” “Find a company you can spend your life in.” Okay, Grandpa, sure. Never mind that employment doesn’t really work like that anymore.

The crazy thing is that graduation is one of those times that comes with a thousand questions where we really could use some insight, such as what the hell am I going to do with my life? How do I get to where I want from where I am? And how do I make money until then?

And you know what’s even crazier? A lot of those questions don’t go away. Or they’re replaced by equally daunting ones. How do I find my forever person? How do I protect what I have?  What am I willing to do to get what I want?

Near the end of my college days at Marquette University in Milwaukee, the Performing Arts Center (which was sort of like Milwaukee’s version of Broadway) put on the Stephen Sondheim musical Into the Woods. Disney made it into a movie back in 2014. It’s basically several  fairy tales—Red Riding Hood, Jack and the Beanstalk, Cinderella—all brought  together. The first act is the tales as we know them: everyone’s got a wish, they go out into the woods to pursue it, and they finally get what they want. (Well, except for Cinderella’s stepmother and sisters. They get their eyes pecked out. I hate when that happens.)

Then in the second act, we see what happens afterwards. If you marry a prince whose whole thing is being charming, what does that look like on a Saturday night six months later? Or if you travel to a land of giants and then steal their stuff and murder one, what do you think is likely to happen next?

It’s a crazy-dark story with a lady giant running around destroying everything and characters getting murdered left and right (including the narrator). I took a rather malicious pleasure seeing this in college. All the little kids seated around me who had spent the first act talking to one another as they “oohed” and “ahhed” were now either silent or crying while their parents silently swore curses at this Sondheim guy.

In the end, Into the Woods is about gaining wisdom, which is usually what we need much more than hot tips or suggestions. The last thing I want to do right now is to give you advice, other than maybe the words of another fairy tale character in another musical: “Close your eyes, trust your instincts and leap.” But I can tell you that it’s been thirty years since I saw Into the Woods for the  first time and it’s never stopped teaching me about my life. And on the off chance it might be helpful, here’s a couple thoughts you might carry with you on your way into your own magical, glorious, mysterious woods.

There is No Way But Through

One of the hardest things about life is that you really have to forge your own path. It’s not that there aren’t pre-paved roads or short cuts out there, but there’s no way of knowing for sure if they’re right for you until you’re on them and see where they go. “How can you know what you want ‘til you get what you want and you see if you like it,” sings Cinderella. You can’t.

For some of us, that call to adventure is  exciting. For others (e.g., me), it’s a recipe for months of hiding in my room binge-watching Friends for the sixth time while downing pints of Ben & Jerry’s (seriously, how is there no “Frightened to Face the Future Chocolate Chip” flavor yet?) or for leaving a shoe on the steps of the palace rather than just deciding whether you want Prince Charming or not.

Sometimes you really do need a weekend singing “Smelly Cat” and dancing with Ross and Chandler during the credits. But ultimately we all do have to step out onto the road and into the woods.

Mistakes are Unavoidable, and Often Gifts

Okay, I’m lying. Mistakes are horrible. Steal the wrong beans or cheat the wrong giant and suddenly it’s World War III. But when you’re walking through a dark wood, how can you possibly avoid some wrong turns? And the thing is, you’ll learn from them, just like you have in college, just like you did in high school. “I know things now,” Red Riding Hood sings after she’s been seduced and eaten by a wolf. Most especially, she knows that “though scary is exciting, Nice is different than good.”

Life is an ongoing set of experiments. You try stuff, you learn from it. Sometimes it works. Sometimes it’s hilarious. Sometimes not so much, or not right away. (Remember, the difference between tragedy and comedy is often time.) When things don’t work, you try something else. And it’s the same whether you’re fifteen, twenty-two, thirty-seven, or eighty. You’re always making it up as you go. The key is to keep risking and keep learning. Because even bad choices can lead to good. Jack gets fooled into selling his cow for a bag of beans when he and his mother are literally starving. But he later realizes, “The difference between a cow and a bean is a bean can begin an adventure.” The best things in your life can come from the seemingly most unlikely of places.

There is No Ever After

I used to work in Los Angeles full-time in the film and TV business. I went to grad school. I won awards. I sold a pilot. I got a job on a show. And at each of those moments I thought, “Finally, it’s all happening. I have made it.”

But in fact life is much more like Alice in Wonderland: there’s always another door you have to get through, another challenge you have to face. You never “arrive.” And it turns out that’s true even for people who seem successful—the megastar that you adore has so much they want to do or the couple that has a child now has to figure out how the heck to raise it. “I’m so happy,” sing the Baker and his Wife and all the other characters at the top of Act II, but in between their moments of joy they also say things like “I miss my kingdom up in the sky” and “We need more room.” There’s always something new, something more that needs to be done.

We Make the World What It Is

In the first act of Into the Woods, everyone has their own goal and they only interact  to get what they each want. The Baker’s Wife cozies up to Cinderella mostly to try and steal her shoe. Jack steals some gold mostly in order to buy back his cow. The Witch visits her neighbors next door just to demand something of them.

It’s only after tragedy strikes the community in the form of the angry lady giant that the group really considers each other. Even then there’s conflict. The main characters go round and round blaming each other for what’s happened. But in the end, they have to accept that they created the world that they’re living in. Mahatma Gandhi once famously said, “Be the change you want to see in the world.” But actually the fact is that every choice we make has ripples that change the world, whether we know it or not.

I used to teach with this very funny Jesuit. Any time someone would start to say something really mean or dark, he’d start dancing around waving his hands, as if  he was trying to clear away a bad smell or pollution. That’s sort of how life is: our meanness or selfishness makes the world worse but our generosity makes it better. “You move just a finger,” Cinderella and the Baker sing near the end, “say the slightest word. Something’s bound to linger, be heard.”

No One Is Alone

All that sounds like a lot of pressure. Maybe binge-eating Ben & Jerry’s while watching Squid Game on repeat is the right idea? But the final idea of Into the Woods isn’t just that we’re responsible for our own salvation. It’s that we don’t walk alone.

I don’t know about you, but for me one of the greatest things about college was discovering that I had people of my own, friends who laughed with me and at me and made me better than I was and also forgave me for when I wasn’t. “People make mistakes … Fathers, Mothers,” Cinderella and the Baker sing to Red and Jack after all their loved ones have fallen away. But then they go on: “Honor their mistakes, fight for their mistakes, everybody makes one another’s terrible mistakes.” When it comes right down to it, we’re all just human. And we help each other see that’s okay.

Sometimes, the company of Into the Woods sings at the end, “The way is dark. The Light is dim.” But having come through their journey, they also know something more, something perhaps we have learned too: “Now there’s you, me, her, and him.” We’re not alone. We all have people—some we know already, some who are still waiting for us. And if and when things look dark and grim, they will help us find a glimmer.

Off to the woods. Wish big, learn always, and love most of all.