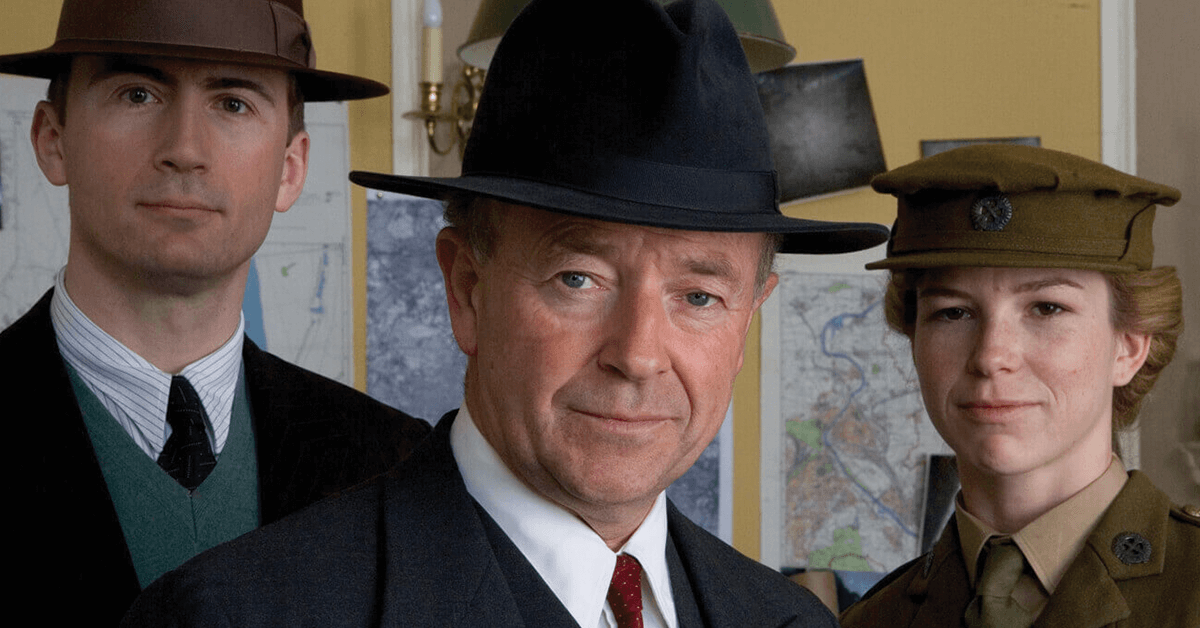 At the beginning of the pandemic, I started watching old British detective shows. I turned to them almost instinctively. It was a project, for one thing, like learning French or finally hearing the Ring Cycle.

But more than that, those shows have been my adult version of a lullaby, a means of transporting myself away to a place that despite its occasionally high body count was altogether more innocent and manageable than the outside world. In a tidy ninety minutes, everything finds its way back to its proper place, and all returns to order as it was always meant to be.

Then, I came upon Foyle’s War, the story of a middle-aged detective and widower investigating crimes in a small British seaside town as World War II descends upon the United Kingdom. While it has offered me more evenings of blessed escape, in this moment when things are beginning to open up around us, I’m finding it has much wisdom to share as well.

Foyle’s War begins in May 1940. The Brits have been at war with Germany for almost a year, the country is confronting gas shortages, anti-immigrant sentiment, and the very real fear of invasion. All these scenarios become the grist for the cases that Detective Chief Superintendent Christopher Foyle (Michael Kitchen) and his trusty associates, Sergeant Paul Milner (Anthony Howell) and driver Samantha Stewart (Honeysuckle Weeks), face. A German woman whose husband’s connections kept her from having been interned with Britain’s other German immigrants is murdered. Someone steals precious artworks which were on their way to being stored to protect them from German bombs. A matron hosting a meeting of pro-Hitler British citizens is killed in front of everyone without anyone knowing who did it.

The tides of the war are personal for the main characters, too. Milner is only here because he lost part of his leg during the fight for Norway. Foyle’s son flies endless sorties against encroaching Messerschmitts. The boarding house in which Sam stays gets destroyed by a German bomb.

As the seasons go on, the strains of the war grow. Things like finding a children’s toy or sugar for your tea become the kind of rarities about which you share stories at the pub. The arrival of the Americans in 1942 ends up feeling like a whole other kind of invasion: their relentless confidence and demands overwhelm the local people.

Still, being stuck at the British seaside during World War II doesn’t exactly scream dramatic. But, unexpectedly, that’s part of what makes it so relevant. For the last year, most of us have been in much the same situation as the people of Foyle’s War, just trying to live our lives and survive while the bigger battle for civilization’s survival is happening in hospitals and research labs elsewhere.

At the end of season four, a church bell makes everyone in town stop. It’s the first time in three years that they’ve been able to ring a bell without fear of a German attack. “The war is just about over,” someone says. But, in fact, it’s only December 1942.

How many months of the last year have our lives been just like that, thinking it will be just a few more weeks of lockdown, a few more months, over soon, just about there?

I’m sure I’ve seen movies about London during the war, but I’m now certain that I never appreciated what that life would have felt like on a day-to-day basis, the aggregated weight of that experience.

Someday, others will hear about our pandemic and probably shrug it off as well. It’s just too hard to conceive of the specific burden of this year in the abstract – the exhaustion of being with your children and others all day, every day; the terror to be found in a sniffle, a cough or, God forbid, a Covid-19 diagnosis; and, at other times, the strange normality of it all, nights spent binging shows and days doing business while staring at flat images of others’ faces on Zoom. How could anyone not here make sense of any of that?

TV has indeed been a great means of escape for me and most of us this last year, but I imagine the insights it can someday share as well when watching Foyle’s War. I find myself daydreaming of some future detective series set in 2020. The pilot episode has scary news reports out of Asia and Italy and people hoarding toilet paper. There’s an early locked room-style murder mystery set in a Zoom meeting, a season set during the protests of June, and another called “The Surge” that takes place between Thanksgiving and New Year’s.

There’s the story of the people who did everything right, had so much to live for yet died, of the widows and widowers who spent an entire year waiting for the chance to be able to publicly mourn their spouses, of anti-maskers and anti-vaxxers, and of people who skipped the line to get vaccinated sooner.

It’s not a show most of us would likely care to watch right now. Having also viewed  Grey’s Anatomy’s Covid-themed season, I can tell you watching the pandemic during the pandemic is harrowing stuff.

But someday perhaps a show like that can help us to sort through the wreckage of this awful year and see parts of our current lives that are too hard to recognize up close. Beyond any specific case or conundrum, what Foyle’s War most conveys is the quiet nobility of ordinary people, the suffering they not only endured but made room for in their lives, until it became like another boarder in the house, huddling with them in the bomb shelters as they hoped and waited.

When Victory in Europe is announced at the end of the fifth season, the entire world stops to listen to Winston Churchill. Having been with the characters in Foyle’s War on their terrible, endless road, we share the combination of relief, grief, and dislocation that they feel. I envied them that moment. The pandemic doesn’t seem likely to afford us any sort of communal ending, at least not any time soon. Still, watching Foyle’s War, I see echoes of our journey this year. It’s had its own particular hardships. But there’s also so much to be admired.