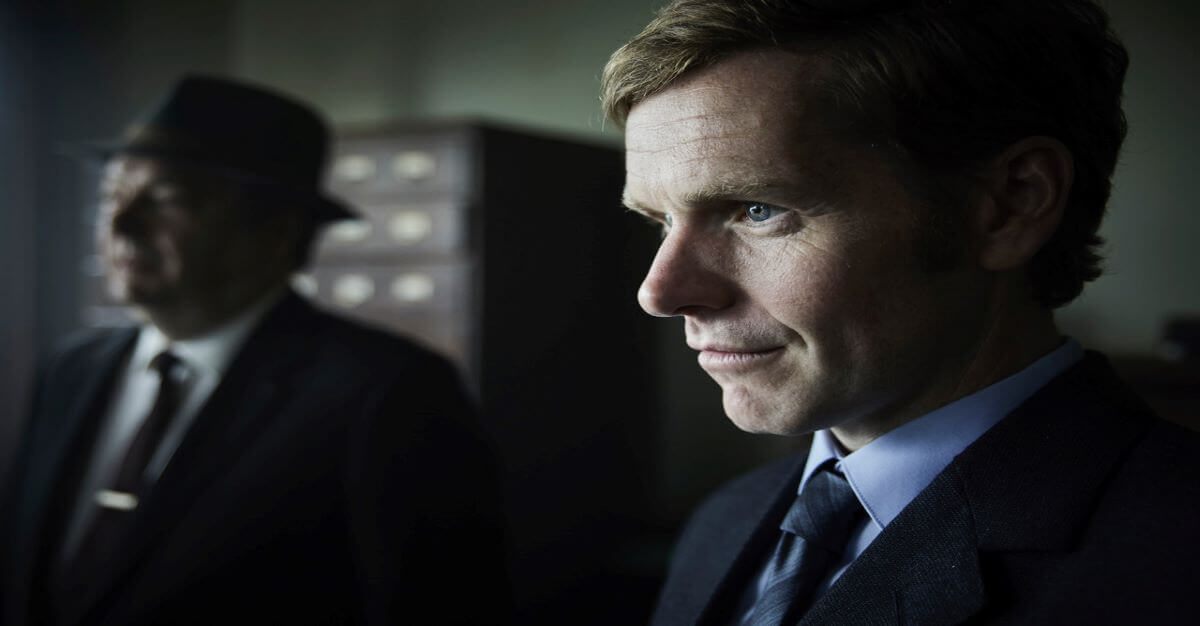 In these crazy times, I’ve found myself creating routines to try and allay anxiety. I go to Marie’s Crisis on Facebook at least once a week to listen to show tunes. (Gotta have my Broadway.) I have a cup of tea in the evening. And before bed I watch an episode of the 1990s British mystery show Inspector Morse.

Actually, I began with Morse. When I finished its 33-episode run, I then moved onto the sequel series Lewis. Now, I’m watching  the currently ongoing prequel series Endeavour (which begins its seventh season on PBS this week).

And unexpectedly, watching this Trinity of shows has had me thinking about our Catholic Trinity. None of these programs are explicitly religious (though Lewis has a former seminarian as his partner). They’re not shows “about God.” And yet, in a funny way, I find they offer insight into the Father, Son and Holy Spirit.

For those who do not turn to old-timey British detective shows for comfort, a précis: Inspector Morse tells the story of a highly educated, 50-something Oxford police inspector (played by the marvelous John Thaw) who solves murders alongside his trusty sergeant Lewis (Kevin Whately) in the late 1980s and 1990s. Lewis, which ran for nine years starting in 2006, follows that sergeant’s later career as an inspector in his own right. And for the last seven years Endeavour has drawn us back to Morse’s early days as a constable in the 1960s and 1970s.

In some ways, the shows all follow the same formula. The episode will open on some kind of montage that brings together a diaspora of characters who will prove to be somehow connected to the crime in question, which will eventually if not right away prove to be a murder. (Move over London–Oxford is apparently the most violent place in the U.K.) Music will be a key part of the story in some fashion. (Morse is a fiend for opera in general and Wagner in particular; Lewis less so, but still music plays its role.) Some fresh terrible thing will happen at the halfway point. And the end of the episode will bring a flurry of deductions from Morse that are impossible to follow, let alone to have figured out on your own. A recent episode of Endeavour which I watched had Morse revealing at the end that the reason we couldn’t solve the murder is the murderer was the heretofore unknown twin brother of one of the deceased. I laughed so loud I’m pretty sure the Jesuits in nearby rooms thought I was having a stroke.

But for all their similarities, in terms of the journeys of their characters the series are quite distinct. Morse is very much the story of a late middle-aged man who is by turns inspired by the beauty of the world and deeply lonely for some kind of lasting connection. Episodes of Morse almost always involve two things: (1) him forcing Lewis to take him to the pub—the “Morse-verse” shows are altogether unique in the degree to which beer is an active part of criminal investigation; and (2) him becoming infatuated with one of the women involved in the case. He can discover the perpetrator of any crime, but at 50 he has yet to find an age appropriate person with whom he can share his life. His partner Lewis really is as close as he ever comes.

Lewis, in the meantime, while it has at its center a great slow burn love story between Lewis and medical examiner Dr. Laura Hobson, is much more the story of a dad. Every single episode of Lewis involves college students or young adults. More than that, Lewis is very much a father figure for his sergeant, James Hathaway, a former seminarian with a Morse-like intellect and a lot of pain in his past. Actors Kevin Whately as Lewis, Laurence Fox as Hathaway and Clare Holman as Hobson play their parts in this unexpected family unit with a shared wonderfully reserved love. Their care and concern for each other is expressed in the quiet looks they offer when the others are not noticing. Whately’s performance is filled with patience, understanding and a gentle humanity. Watching the show really is like getting to see what your dad is up to when you’re not around.

Prequel Endeavour, which stars Shaun Evans as Morse and the marvelous Roger Allam as his mentor Chief Inspector Fred Thursday, is in a sense both Morse and Lewis turned on their heads. The young Morse is a man grieving the family he lost as a child, particularly his mother, and desperate for the approval of the only real father figure he’s ever known, C.I. Thursday. As in Morse, women figure heavily in the storylines of Endeavour, but mainly as stand-ins for his mother. He couldn’t save her from an early death, but he will save them.  Meanwhile the relationship between Morse and Thursday is both more overtly paternal than in Lewis – Thursday is forever advising and saving Morse – and usually more central to the story. If Endeavour has a love story, it’s that relationship between a son and a father.

I realize, none of this sounds even religion-adjacent. But stepping back, Lewis is the story of a loving father trying to encourage his adult son to trust himself. Endeavour is the story of a lost son fighting to save people the way no one was able to save him; and Morse is the tale of a man of great spirit looking for a home.

And for me, seeing these series as a set of English Father, Son and Spirit tales gives me some fresh things to think about our Catholic Trinity. For instance — most “life of Jesus” movies and TV shows leave me cold. He never seems really human—either his laughs are too stilted, his attitude too constantly serious or his words and actions too preachy. A guy so many people wanted to hang out with should not seem like God in a Flesh Mask.

Endeavour’s Young Constable Morse is about the same age as Jesus, and just as intense, just as passionate for justice. And yet he provides so much those other presentations of Jesus miss–he is messy and awkward at times; he doesn’t know how to express what he wants and who he loves; he makes mistakes; he longs for things deeply; he suffers deeply on account of his commitment to people; and he enjoys a good crossword and a tidy pint.

What would it be like to imagine Jesus with some of Morse’s oh-so-human traits? To imagine what it would be like to be in the world, both with family and separated from it, to have a sense of mission and purpose and yet not always know your place? To enjoy time alone sipping a beer and doing the crossword? To fall in love and be properly baffled by it?

God as Father has been so corrupted by centuries of Zeus-like imagery that he’s little more for most people than a capricious old man with lightning bolts. But watching Lewis, I wonder what it would be like to imagine God more in the vein of an actual dad, someone who wants to help but also knows you have to let your children make their own choices and mistakes; someone who cares so deeply all the time for his kids and cheers them on no matter what; someone old enough to know what’s actually important in life and to appreciate it, whether it’s a cold beer with your son or a nice weekend putter around the house.

The Holy Spirit is in some ways the hardest parallel to make. We almost never give the Holy Spirit human characteristics. It’s the wind or a bird.

But we also believe the Holy Spirit to be more than some phenomenon; it has some kind of desire propelling it. Paul in Romans imagines it “interceding with inexpressible groanings” (Rom 8:26).

Might the Spirit be not only an agent of beauty or community, but drawn out into the world by its own thirst for those things? Like Chief Inspector Morse, might it long for a home and companionship with us, and relish when it finds them?

My own baseline belief about pop culture is that if you feel so invested in something you watch it every week or all weekend or talk about it over brunch or keep returning to night after night while hiding away from a global pandemic, probably there’s some treasure for you in that show, some way that God is speaking to you.

The Trinity is a doctrinal expression of our lived experience that God desires more than anything to communicate with us and be in relationship with us. To the extent that our notions of its persons don’t always seem to make sense or mean much to us personally, we have a chance to look for fresh analogies–stories, metaphors and characters that can give us new perspectives.