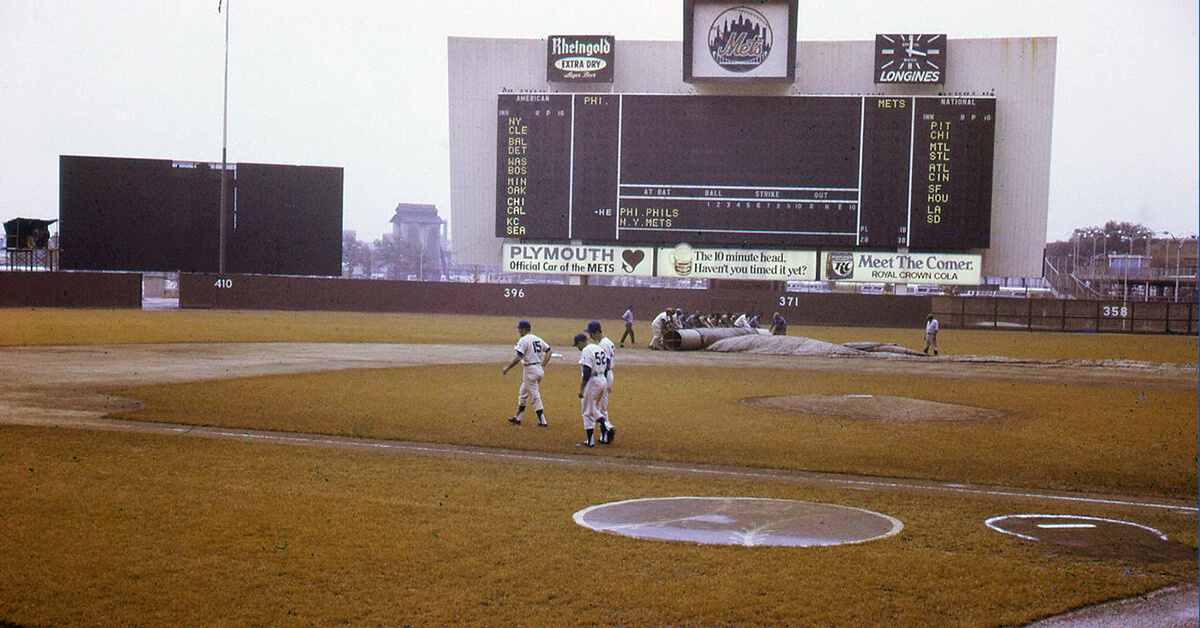 The recent death of Ray Liotta brought an outpouring of justified tributes to the actor, notably for his role as the gangster Henry Hill in Martin Scorsese’s award-winning 1990 movie, Goodfellas. But my thoughts of Liotta turn immediately to the baseball fantasy drama he appeared in a year earlier, Field of Dreams.

My emotional connection to that film should not be surprising given my lifelong love of baseball, which inspired my new book, Batter Up: Answering the Call of Faith & Fatherhood. A passing resemblance to Liotta may also be at work—I’m from Queens and Liotta was from Newark, and we both have mixed Italian and Celtic roots, so there you go.

But it’s always been Liotta’s memorable role as “Shoeless” Joe Jackson in Field of Dreams that I turn to first, and in particular the powerful scene near the end of the film when “Shoeless Joe” smirks at Ray Kinsella, played by Kevin Costner. The film centers on the drama of Ray Kinsella’s rupture with his own father, John Kinsella, who died before the two could be reconciled. They shared a love of baseball and often played catch. But the younger Kinsella had once insulted his father by criticizing him over his love of “Shoeless Joe,” who was implicated in the notorious 1919 “Black Sox” cheating scandal.

The younger Kinsella, now an Iowa farmer, conjures the ghosts of Jackson and other long-dead players when he mows down part of his corn fields to build a baseball diamond in what everyone else considers a crazy quest.

In the film, Kinsella challenges Liotta’s character: “What are you grinning at, you ghost?” Liotta, as Jackson, replies: “If you build it, he will come.” The “he” refers to Ray Kinsella’s estranged and deceased father (Dwier Brown). This mantra echoes throughout the movie.

The shade of John Kinsella does indeed appear. And after Ray introduces him to his wife and daughter, the elder Kinsella asks his son, “Is this heaven?” Ray responds, “It’s Iowa.” The reconciliation between father and son begins with a game of catch under the intimate lights of the cornfield diamond.

This familiar scene of the elder and younger Kinsella ought to prompt us to explore our own parental relationships, a reflection that always takes on greater meaning as Father’s Day approaches. It also presents an opportunity to view this film and today’s state of the game from a more just perspective. The reality is that while the film points us to an earlier, supposedly Golden Age of baseball, many were not allowed to play in this romanticized era based on the color of their skin, and their gender and other identities.

This film, this time of the year, is not just a challenge to generational reconciliation but also demands that we ask how, in forming a new generation of baseball fans, we can also create a more inclusive society.

As a faithful (and long-suffering!) New York Mets fan, Shea Stadium was my sacred site and the field of dreams where I fell in love with baseball. There I learned the game and gathered with loved ones, especially my father who over the years spent a small fortune for us to watch some wins—and many more crushing losses—from the loge section down the third baseline. There were many Sundays when I said more prayers during the afternoon game than I did less than three hours earlier at the morning Mass. When my first daughter was born, we named her Shea partly in honor of the now former home of the Amazin’s. (Naming a kid “Citi Field” would likely not pass muster with anyone, even in my family.)

In a world of constant stimulation, baseball offers a welcomed break as well as a fertile ground for relationships to build. I recall the countless conversations I had with my dad as the game served as the backdrop to our developing relationship. In between pitches, we discussed the joys and challenges of the day, discerned next steps, and simply enjoyed one another’s company. We often discussed difficult topics, challenges in society and the role we played, charged by our faith, to find solutions. We first shared pizza and soda and then graduated to  hamburgers and beers. Looking back, it was never really just about a baseball game.

Now, I take my oldest daughter to games and invite her to fall in love with our national pastime. I keep her interested with helmet-filled nachos and ice cream with orange and blue sprinkles, as I draw her attention to the lights, smells, and sounds of the game. I point to a  familiar player’s faces we see on our television most nights, cheering for our heroes who are slowly becoming closer in age to this little girl then to her old man.

As the game unfolds, we discuss significant themes of unity, respect, and care for others. She nods in agreement, as children often understand these truths more clearly than adults do. When she sees the diversity of players on the field, it is all she knows even though it wasn’t always this way.

Recently, when watching a game together, she asked me, “When I am older, can I play there?” pointing to the perfectly groomed Citi Field diamond. My response was as it is whenever she asks me what she can do with her life, “Yes, of course.” I honestly believe she should be able to do anything she feels called to do. However, I know that for her and so many others, this may not be true. Silently, I reflected on her question, and started asking some of my own. How can I ask my daughter to fall in love with a game that excludes her from playing at the highest of levels? What other identities and abilities are not currently represented? How many other forms of exclusions might she encounter?

I hope when she is older, if she is in a major league uniform, or if she is taking the next generation of fans to a game, that she will see more diversity on the field. I hope she looks back and recalls the games we watched, cherishes the lessons learned, and understands the role we play in creating a more just and inclusive society, empowered to be the change she wishes to see.

No, John Kinsella, this isn’t heaven—at least not yet. But together, we can create a game where all are welcome to play under the brightest of lights. This is a field of dreams worthy of our attention.

Jimmy Walters is the Director of the Catholic Scholars program, Residence Ministry, and Retreats at St. John’s University. His most recent book is Batter Up: Answering the Call of Faith & Fatherhood.